With His New Record and Tour, Allen Stone Aims to Show the Love Song Isn't Dead 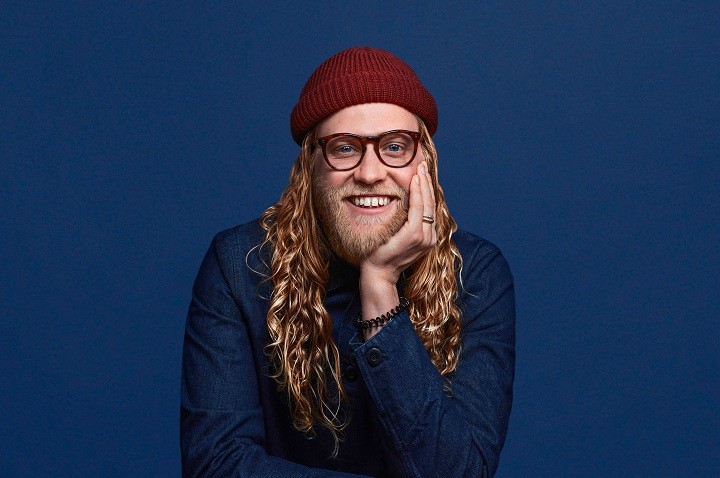 Allen Stone is well aware that his face is at odds with the soulful music he creates — just scroll through the comments on any of his YouTube videos and people can’t believe he’s a white guy. But for the last decade, Stone, with his goofy grin and thick-rimmed glasses and deep-woods Pacific Northwest upbringing, has continued to write and play songs steeped in R&B and Marvin Gaye as that’s the only thing that feels right to him.

“I have a major case of imposter syndrome,” Stone admits in an email interview. “I’m constantly thinking that somebody will figure out that I am a hack and this whole music ride will be over ... real glad that hasn’t come true yet.”

But the reason people continue to come out to his shows is that what transpires is the real deal.

“I love playing music [on stage,]” Stone says. “If you do it right, and you have the proper intention, you can find perfect presence.”

Up there under the heat of the lights and people, he grooves easily in the funk and leads his band through a powerhouse set full of bangers and ballads with his breathy vocals. He isn’t afraid to not only show how weird he is but also how normal.

It’s fitting, then, that the title of Stone’s late-2019 record is called Building Balance; he’s always walked the line between wannabe and miracle and saint and sinner. These days, the 32-year-old who grew up a pastor’s kid is a father and husband. He needs to work, but he’d also like to be home with his family in Spokane.

“I am definitely more equipped to maintain balance in my life than I have ever been,” Stone says. “Balance and centeredness is an active journey, though. You never arrive. It’s a moving target that must be pursued day in and day out.”

Right now, while on a tour which stops at House of Blues next Friday, he says that cold showers and meditation help him maintain some semblance of stability. But it’s getting to sing the new songs every night that really keeps him rooted.

Through his music, Stone says he wants to evoke change, and with this new record, he’s using love songs to do so. At a base level, the world probably doesn’t need another love song. Yet, Stone is still out there trying.

His newest music video for the saccharine single “Consider Me,” which dropped right before Valentine’s Day, not only features Taye Diggs as a disgruntled wedding planner but also includes vignettes of his fans’ own love stories. The lyrics here aren’t concerned with hook-ups or one-night stands —rather, they're about finding the perfect way to tell another person you want to be with them wholly and fully.

Elsewhere on the record, the rockin’ neo-soul tune “Brown Eyed Lover” talks about the giddy first days of new love while the dreamy “Give You Blue” is a straight-up love letter to his wife. Other tunes do delve into breakup territory, but unlike previous efforts, Stone largely steers clear from topics of politics and mental health. In the past, Stone has gone out of his way to show that this old-school sound wasn't only made for sex and clubbing, yet here he seems to have given in to turning love (and balance of that) into the theme.

Although Building Balance feels deeply personal — for this third album with ATO Records, Stone had help from producer Jamie Lidell — but also his own band.

“The fellas whom I have shared the road with for many years helped me write a majority of this record,” Stone admits. “Whenever you bring new people and new angles to a project, it always informs the destination.”

And for right now, the destination is getting the songs heard across the country. For the upcoming Cleveland show, which unfortunately isn't a part of Stone’s recent karaoke tour that invited select audience members on stage to sing tunes with him, the artist is simply trying not to take a second of the ride for granted.

“It is still a bit confusing,” Stone says. “I grew up in a real small town — roughly 1,000 people total. At a good amount of these shows there are more people in the audience than live in the town where I was raised. That can instill an interesting vibe.”