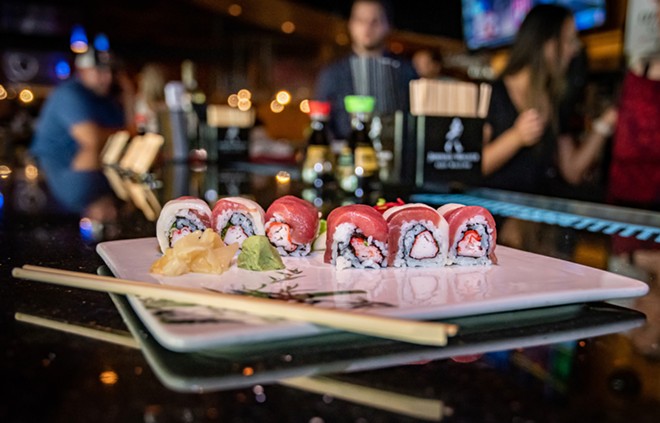 Who can forget Miami Nights (857 Columbia Rd.), where the sizzle of South Beach lit up the grand Westlake skyline. Gone too soon, that high-end eatery/dance club/nightlife phenom closed its doors in 2017 after one brief year.

That building, which has been idle for three years, has new life. Sheng Long Yu, owner of the 16-year-old Strongsville restaurant Shinto Japanese Steakhouse (17070 Pearl Rd., 440-878-3868), will open a west-side version of the same. Japanese food fans can look forward to an extensive menu filled with sushi, teriyaki and lively hibachi-fueled feasts.

Yu has not been sitting still since opening Shinto a decade and a half ago. He has since launched Kenko in University Circle and Kent, Dagu Rice Noodle in Asiatown (and soon Pittsburgh, Boston and Atlanta), and a soon-to-open poke restaurant near the Cleveland Clinic.

Yu hopes to have Shinto Westlake open in time for Mother’s Day.