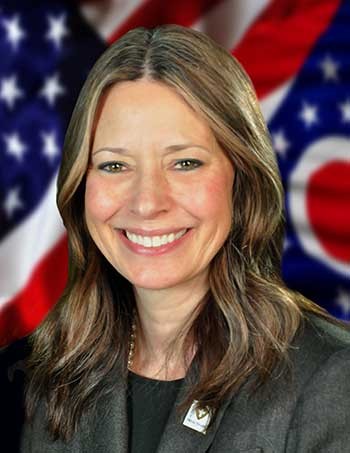 At Saturday's daily press briefing, Ohio Public Health Director Dr. Amy Acton announced that there are now 247 confirmed cases of COVID-19 in Ohio with 58 hospitalizations and three deaths, from patients in Erie, Lucas and Cuyahoga Counties.

But Acton, using language as strong as she's used to date, pleaded with Ohioans to heed the advice of Gov. Mike DeWine and medical experts and to stay home unless absolutely necessary.

"I've used the hurricane metaphor before," she said. "But this is the time to batten down the hatches and stay home."

Acton stressed that all the data that is emerging from the crisis is incomplete, and everyone has to assume that the virus is more widespread than it appears. "We're only seeing a snapshot of the past," she said. "It's like viewing a star at a distance."

This is especially true in states like Ohio, she said, where diminished testing supplies mean that only the oldest patients and those with the most severe symptoms are being tested. Even the state's figures are not necessarily accurate at any given moment. Acton said, for example, that while there are three confirmed deaths statewide, there have been multiple others reported locally that have not yet been fully investigated and confirmed by the state.

Acton took the opportunity to praise the courage and resourcefulness of the state's hospitals and front-line medical providers and implored Ohioans and the media to do everything in their power to physically distance themselves from others.

"I sometimes feel that I am in a war zone, going to war, and then coming home and not understanding why everyone at home doesn't see what I see," she said.

Gov. DeWine, too, leaned on war analogies, quoting Eleanor Roosevelt's remarks to the Democratic National Convention in 1940, on the eve of the U.S. entry into World War II.

"This is no ordinary time," Roosevelt said, "no time for weighing anything except what we can best do for the country."

DeWine said that our actions during this critical moment will determine the outcome for all of Ohio. "What we do today, tomorrow will determine how many of us die," he said bluntly. "We must act as if we've been invaded by an enemy. In truth, we really have been.  We cannot do anything to help the enemy. We cannot have any more regular Saturday mornings for a while, just like we can't have anymore regular Saturday nights."

Following a number of other statewide closures this week, the governor ordered Saturday that all of the state's adult day services for people with developmental disabilities would close. Those services will still be provided, he said, but no groupings of more than 10 people will be permitted.