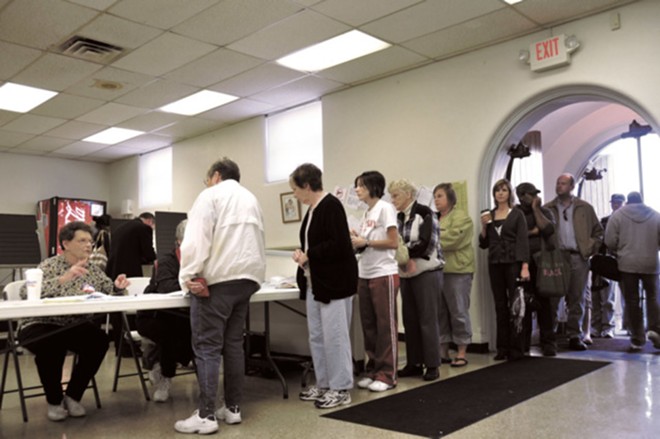 Ohioans will have until April 28 to vote via absentee ballot in the primary, the Ohio General Assembly decided yesterday. However, most residents will not be given the opportunity to vote in person following the last-minute suspension of the March 17 election due to fear of the spread of COVID-19.

The legislature's move has drawn ire from some voting rights groups, who wanted more time for voters to cast ballots.

The decision by the Ohio House and Senate was part of a larger package aimed at mitigating economic damage in Ohio caused by the novel coronavirus, which has swept through countries around the world. That bill also allows Ohio Gov. Mike DeWine to spend from the state's $3.6 billion rainy day fund, extends unemployment benefits, extends the state's tax deadline, waives K-12 testing requirements this year and bars utilities from shutting off water during the crisis,

The World Health Organization has declared the spread of the virus a pandemic. As of yesterday, the disease had caused 10 deaths, 182 hospital admissions and 75 visits to intensive care among its 704 confirmed cases in Ohio.

For a vote to count in the Ohio primary, mail-in ballots must be dropped off at local boards of election by 7:30 p.m. April 28 or postmarked by April 27 and received by May 8. Votes that have already been cast will count. A small group of voters — those with disabilities and those experiencing homelessness — will be permitted to vote in person.

In a wrenching last minute back-and-forth, on March 16 Ohio Gov. Mike DeWine announced that he wished to close the polls due to concerns about the spread of COVID-19 and hold in-person voting June 2 instead.

But Ohio law doesn't give DeWine or Ohio Secretary of State Frank LaRose that power, so private citizens filed a lawsuit to stop the election in Franklin County Courts. When a county judge declined to intervene and stop the election, Ohio Department of Health Director Amy Acton ordered polls closed using powers to stop contagion that the DeWine administration says are accorded to her under state law.

Under the new law passed unanimously through the state House and Senate, every voter in the state will get a postcard giving instructions on how to obtain an absentee ballot and the deadlines for voting. They would then have to print off or request from their county board of elections an application, after which the state would mail them a ballot and a postage-paid envelope.

Voting rights groups, including the Ohio ACLU and others, have suggested they could challenge the decision in court.

The League of Women Voters of Ohio says that the April 28 deadline is unworkable, will disenfranchise many state residents and doesn't allow for voter registration up to 30 days before the election as required by federal law. That group has pushed for a primary in mid-May at the earliest.

"Only people who are already registered, have printers in their homes, fill out the form correctly the first time, and get lucky with the mail will get to cast a ballot," the group tweeted as the state Senate passed the bill.

CALL YOUR REP TO DEMAND THEY PROTECT OHIO VOTERS: The OH Senate just approved a bill with 4/28 as Election Day; only people who are already registered, have printers in their homes, fill out the form correctly the first time, and get lucky with the mail will get to cast a ballot

The Ohio Association of Elections Officials represents the state's 88 county boards of elections. In a letter sent to legislators yesterday, they too say the deadline is unworkable.

“Local election officials share no desire to drag out the election one day further than necessary,” they wrote. “But in reviewing the requirements of the bill, especially noting its (well-conceived) reliance on mail, there are simply too many steps in the process to allow ample time for voters to receive and vote their ballots in the time frames allotted.”

“It’s disappointing that they’ve instead chosen to significantly reduce the time provided for Ohio to bring this primary to a close,” LaRose said in a statement. “Though I advocated for a different plan, the legislature has spoken, and I will uphold my oath of office by doing everything in my power over the next 34 days to ensure that every Ohio voter has the opportunity to safely make their voice heard.”