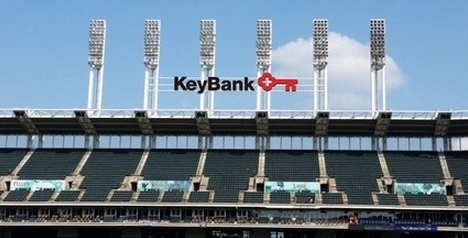 Cuyahoga County Executive Armond Budish said Friday that in a conversation with KeyBank this morning, he was told that Key would be instituting a moratorium on foreclosures. Budish said he hoped other regional banks would follow suit.

Key confirmed when asked by Scene, saying that it was not only suspending foreclosures, but was allowing existing customers to defer payments for 90 days on mortgages and home equity lines of credit upon request.

The bank is also allowing customers to defer payments on student loans, auto loans, small business loans and credit card payments for 90 days and is waiving late and overdraft fees and suspending the repossession of vehicles.

As a further measure to assist individuals experiencing economic hardship during the crisis, Key will offer what it's calling "temporary assistance loans," short-term, unsecured loans of up to $5,000 with a low interest rate and the potential for same-day approval.

"We are trying to do a lot more, including philanthropic dollars and investments focusing on protecting critical, front line organizations and small businesses," said Don Graves, Key's Head of Corporate Responsibility and Community Relations.

He noted, on that front, that Key was one of the lead investors in the Cleveland Rapid Response Fund, which today issued its first round of grants. But he said that, like other institutions, Key was adapting its policy in response to a rapidly evolving situation.

"Don’t be surprised if this changes as the circumstances change relative to the pandemic," he said.