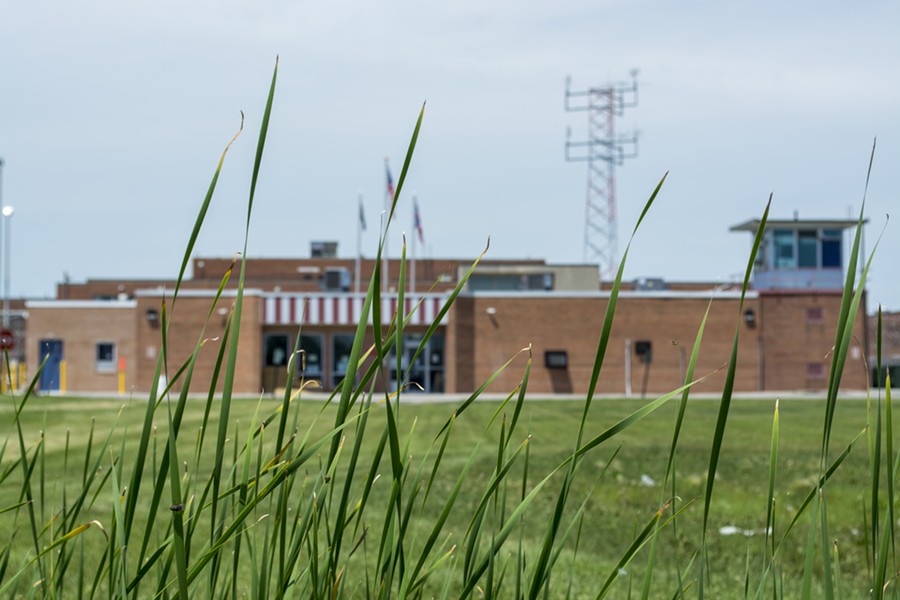 Sunday evening, mere hours after Gov. Mike DeWine postulated that inmates in Ohio’s correctional facilities might be safer in prison than at home with their families, the Ohio Department of Rehabilitation and Correction confirmed that an officer at the Marion Correctional Institution (MCI) had tested positive for COVID-19.

This is the first known positive case among inmates or staff within Ohio’s expansive prison system, where nearly 50,000 people are incarcerated.

MCI is located about an hour north of Columbus. A Sunday evening ODRC press release noted that the officer in question last worked on March 24 and began feeling symptoms on March 25. A "contact tracing investigation" is now underway at the facility and there will be no staff or inmate transfers in or out for the time being.

"We have worked for several weeks implementing changes within our operations to address the challenges presented by COVID-19,” said ODRC's Director Annette Chambers-Smith, in a statement provided to the media. “Each facility has unique plans in place that address this specific situation. [The infected] staff member is at home recovering and we will continue to work tirelessly to keep our staff and incarcerated individuals safe and healthy.”

ODRC's spokeswoman, JoEllen Smith, did not respond to Scene’s specific questions about testing at Marion in light of the infection. As of Sunday, only 20 inmates across Ohio's 27 adult facilities had been tested. Eighteen of those tests have come back negative. Two are pending.

When asked about ODRC’s statewide testing procedures last week, though, Smith told Scene that tests are only ordered for symptomatic patients "when deemed appropriate by the treating clinician in accordance with guidance provided by DRC’s healthcare authority, which is working in collaboration with the Ohio Department of Health."

Any testing for staff members, Smith said, would have been conducted through individuals' private medical providers.

Despite ODRC’s efforts to mitigate the spread of COVID-19, which were implemented on March 11, the positive test at Marion could spell disaster. It has intensified pleas by statewide advocacy groups who are begging DeWine to learn from the horrors at Rikers Island and elsewhere, and to drastically reduce prison populations “before COVID-19 takes over.”

Azzurra Crispino is a prison advocate in Texas who met her husband, an inmate at Marion, through the prison pen pal program she co-founded. She lives outside Austin and has been communicating with him by phone about the current situation.

She relayed to Scene that inmates were told nothing of the staffer’s positive test until 10:30 p.m. Sunday, three hours after the first media reports. But they suspected something was amiss when the warden was seen on the premises late Sunday.

“I asked [my husband] what they were doing to stay six feet apart and he burst out laughing,” Crispino said.

As of last night, inmates have been ordered to sleep facing alternate directions on their bunk beds, presumably to enforce social distancing. The mandate is viewed with irony by some, who have been disciplined in the past for falling asleep facing the wrong way.

Crispino said that MCI, which is a Level 2 (minimum security) prison, allows for a considerable degree of inmate autonomy and movement. Prisoners aren’t in cells, for example. They sleep in bunk beds with an estimated 120-200 prisoners per room. As of ODRC’s most recently published numbers, MCI houses roughly 2,500 inmates.

“It’s physically impossible to isolate,” she said. “When they go into the day room, there’s no way. The phones aren’t even six feet apart. You can't socially distance.”

(DeWine’s conception of prison, incidentally, may be one of enforced total solitary confinement. And it’s true that being alone in a cell for weeks on end might indeed be safer than other settings, inhumanity notwithstanding.)

But in general, medical experts agree, prison environments are optimized for an explosive spread of a contagious virus.

In a Sunday Twitter thread, a Texas sheriff rebuked the idea advanced by DeWine, that prisoners may be safer inside their facilities than outside them.

“COVID19 is extremely contagious and spreads through the air and from contaminated surfaces,” he wrote. “When one person tests positive, there will be dozens more within a day or two. If even 20 percent of the jail population is infected, and that is a conservative estimate, it will overwhelm the jail’s limited resources.”

In addition to the minimum security situation at Marion which makes mitigating the spread impossible, the role of the infected staffer could lead (in fact, likely has already led) to significant spread.

Though the staffer was not identified by ODRC in its press release, he was revealed to be a Lieutenant in an internal staff memo, which was viewed by some inmates, including Crispino's husband.

"For a regular correctional officer," Crispino told Scene, "it'd be easier to isolate people who he'd come into contact with. But a lieutenant does not patrol one specific area or one specific block. It's more like a whole wing, or even the whole unit."

Mike DeWine, at Monday's press conference, said that ODRC had already screened a number of officers with whom the infected lieutenant had come into contact. Five reportedly were experiencing no symptoms but were asked to quarantine for 14 days anyway. Four officers, however, were experiencing symptoms and have been asked to quarantine and to get tested.

Additional officers and inmates are presumably infected without symptoms, which means the virus is spreading rapidly inside Marion. This is occurring despite efforts to clean surfaces, to restrict outside visitors and to provide ample hand sanitizer and soap to inmates.

The only responsible recourse, say experts and advocates, is to reduce the population by as many people as possible. (Widespread testing should be implemented as well, to determine the extent of the spread.)

Scene asked Crispino if she’d heard DeWine’s comments Sunday about prisoners being safer in prison than out of prison.

“I’d invite the governor to go spend 14 days at Marion Correctional," she said. "If he wants the top bunk atop my husband for 14 days, he's more than welcome to it. Let’s see what he says after.”