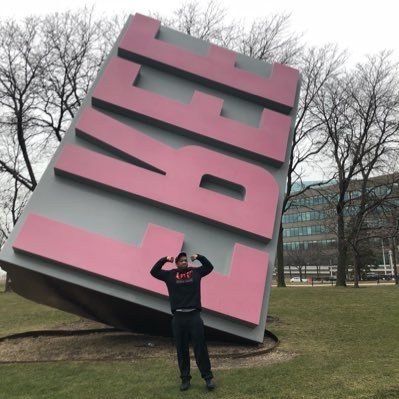 Ru-El Sailor, whose 2002 murder conviction was vacated in 2018 after the Conviction Integrity Unit of the Cuyahoga County Prosecutor's Office investigated his claims of innocence and found them to be true, has filed a civil rights lawsuit against the city of Cleveland and the Cleveland police officers that worked the case that ended with 16 years behind bars for a crime he didn't commit.

The filing alleges that Cleveland police officers withheld exculpatory evidence from Sailor's defense team and from the Cuyahoga County Prosecutor's Office itself, that officers took actions to make witnesses refuse to cooperate or testify, and that their behavior with regard to hiding evidence is hard-baked into the Cleveland police departments DNA and has been for decades.

In addition to the Brady violations, the lawsuit, which you can read below, lists a variety of alleged Fourth, Sixth and Fourteenth amendment violations. (If PDF doesn't load, mobile users may have to switch to desktop mode.)

The background on the case:

In November 2002, Sailor and his buddies spent a night out drinking in bars and clubs on the east side. Across town, Nicole Hubbard and a group of her friends were drinking and smoking wet — a PCP laced cigarette. At some point, Nicole got into a fight with a man named Clark Lamar over $10. In the dispute, she called her brother, Sailor's best friend Cordell Hubbard. He and another man confronted the other guy hours later. Threats were tossed around. A gun came out. When it was over, Omar Clark was dead.

Cuyahoga County prosecutors originally said Sailor was the second man at the scene of the shooting. Both Nicole and Cordell Hubbard were tried and convicted along with Sailor. Sailor testified at trial. Cordell was his best friend. He thought they were together all night, and even if he had doubts, he wasn't going to ding Cordell. He was loyal.

"It wasn't an option — period," Sailor told Scene in 2016. "Me telling on him, or throwing him under the bus? That was my best friend. We grew up like brothers."

That bit of initial testimony from Ru-El is the reason he'll have to cop to perjury and obstruction.