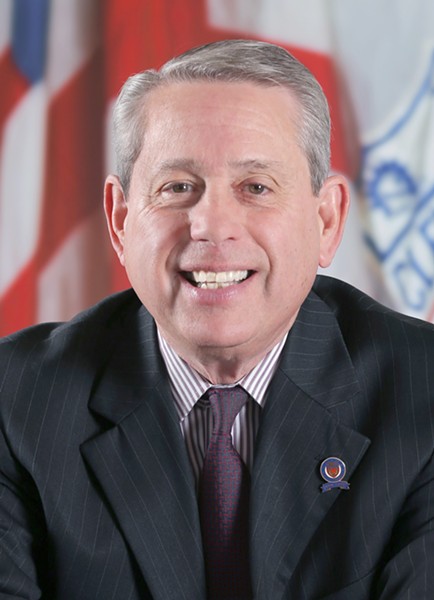 Polensek was the lone Nay vote on the Sherwin-Williams legislation, an estimated $100 million in incentives that council greenlit as an emergency ordinance on March 23 despite warnings that doing so would be unwise on the brink of economic disaster.

"As the COVID-19 crisis is forcing employers to lay off workers, the city of Cleveland will lose a large portion of its main source of revenue, the payroll tax," wrote Policy Matters Ohio's Zach Schiller, in a post last Monday. "The prospect of an economic downturn makes it unwise for city council to approve the incentives at this time."

In the intervening week, Polensek has received increasing numbers of calls from small business owners in his ward about their inability to pay employees and cover basic expenses.

"I am hearing the same scenario over and over again," the Collinwood councilman wrote. "Many are predicting they will not survive this economic carnage they are confronted with and if they do, it could take a year or longer to recover, if in fact they can do so at all."

Polensek told Scene Tuesday that he's not suggesting repealing the Tax Increment Financing arrangement. The TIF is now a standard tax abatement for medium- and large-scale construction projects in Cleveland, and its value corresponds with the size of individual projects. In the case of Sherwin-Williams and its proposed global headquarters downtown, the TIF would be enormous, worth as much as $75 million. That's by far the largest portion of the city's package.

But Polensek said he thinks the two other incentives, both a no-strings-attached construction grant of $13.5 million and a job creation grant of up to $11.5 million (which would be disbursed annually as a reimbursement on 50 percent of new income taxes generated), should be used now to rescue Cleveland's small businesses.

"We could provide 5,000 loans at $5,000 each from the reallocated funds," he said. "[Sherwin-Williams] made approximately $17 billion last year and just payed $49 million for the parking lots at Public Square. In these difficult times we have to make difficult decisions, and to give [Sherwin-Williams] nearly $25 million, in light of what we are facing, is unconscionable."

A city council spokesperson confirmed Wednesday that new legislation would be required to repeal or delay portions of the package.

As of Tuesday evening, Polensek had not heard responses from his colleagues. He told Scene that, realistically, new legislation wouldn't happen without the go-ahead from Sherwin-Williams itself.

"But wouldn't that be a nice gesture, to show that they actually care about this community," Polensek said. "Wouldn't that be better than 3,000 freaking masks?"