Federal Court: Abortions in Ohio Can Continue During Coronavirus Crisis 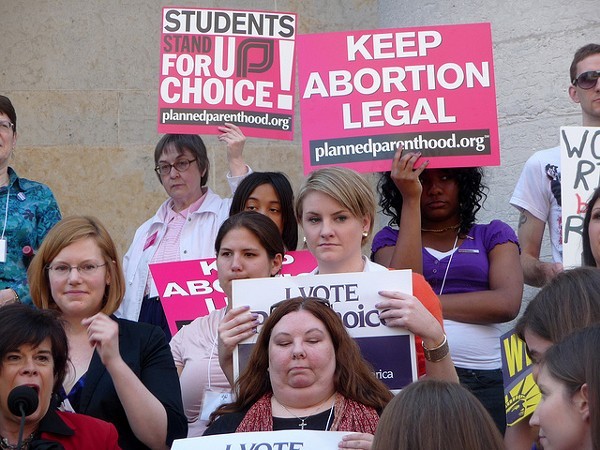 Women's clinics in Ohio will be able to continue providing abortions during the COVID-19 crisis despite an order from the State of Ohio, a federal appeals court ruled yesterday. However, they will need to determine if an abortion can be safely delayed before viability to preserve necessary medical equipment during the pandemic.

That, state officials later clarified, included surgical abortions that weren't necessary to save the life of the mother.

"You and your facility are ordered to immediately stop performing non-essential and elective surgical abortions," Ohio Attorney General Dave Yost wrote in a March 20 letter to clinics. "Non-essential surgical abortions are those that can be delayed without undue risk to the current or future health of a patient."

Yost and other officials representing the state had appealed that restraining order. Yost has argued that allowing surgical abortions during the pandemic uses personal protective equipment that could be better utilized by medical personnel and emergency responders fighting COVID-19.

Two of the three judges on the Sixth Circuit Court panel — R. Guy Cole and Ralph B. Guy — ruled that they did not have the jurisdiction to rule on the state's challenge. They also wrote that many surgical abortions require little PPE. The judges also questioned whether Ohio's restriction on abortions during the crisis presented an imposition to women's rights to abortions.

A third judge, John K. Bush, dissented on the idea that the court didn't have jurisdiction but agreed with the majority's other assessments.

"There are multiple forms of surgical abortion, all of which are typically provided in a clinical setting rather than a hospital," the judges wrote.

The Sixth Circuit's decision left both sides of the battle claiming victory.

"Abortion remains legal and accessible in Ohio and we take the Court’s order as a positive development in this case," The ACLU of Ohio said in a statement. "Our (temporary restraining order) remains in effect, abortion providers remain open & Ohioans can continue accessing time-sensitive, essential healthcare."

But Yost's office says the state is the real winner in the case, pointing to the court's conditions that clinics delay abortion procedures whenever safely possible.