Lakewood Truck Park Still on Track to Open this Summer 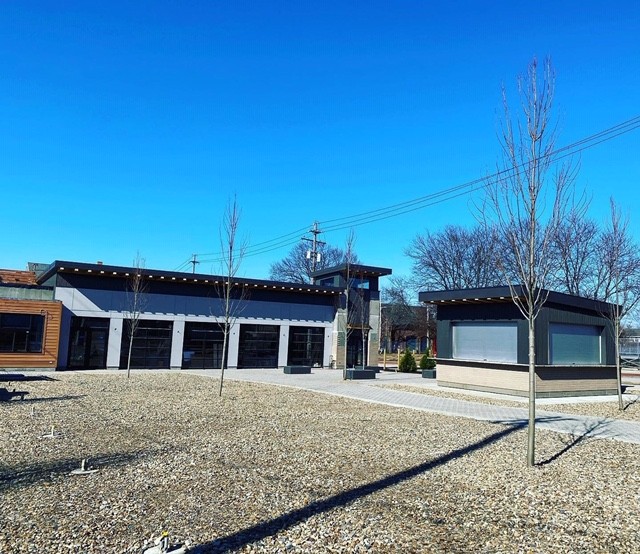 Before the coronavirus slammed the brakes on the local food and drinks scene, Dan Deagan and partner Justin Costanzo were inching ever closer to opening day for the ambitious and unique Lakewood Truck Park. Located at the corner of Detroit and Edwards, the 19,000-square-foot lot was to be home to a year-round courtyard coupled with an indoor bar, rotating food trucks and al fresco entertainment.

The good news is that construction is on pace to wrap up next week, says Deagan.

“Short of the remaining inspections and getting stuff in, we could open,” he says.

“Could” being the operative word. Discussions about going forward with a modest opening with a few food trucks and a scaled-back bar business were raised but quickly tabled.

“The more we thought about it, we decided that we would rather people see it for the first time when it’s fully open and doing what it’s supposed to be doing,” Deagan adds. “So we’ll probably end up waiting.”

If and when the Governor gives bars the green light – even if it’s at half-capacity – Deagan says they intend to open the doors.

“I think people will be more comfortable at the Truck Park, with it basically being an open-air, mostly outdoor venue, so that could very much benefit us,” he notes. “It’s essentially an 8,000-square-foot patio.”