In Place of a Postponed Reunion Show, the Mike Farley Band to Release a Collection of B-sides and Rarities 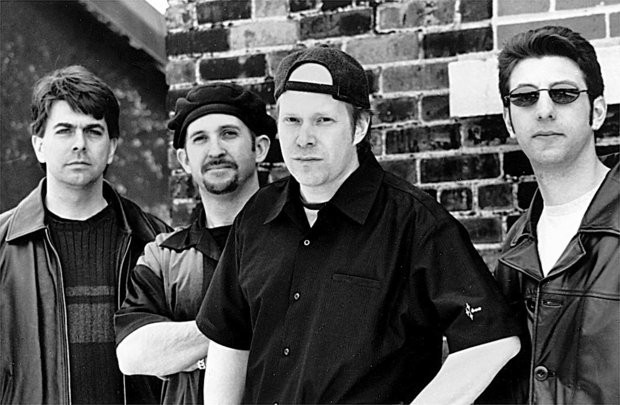 Back in the '90s, the Mike Farley Band was ubiquitous on the local music scene. The group has since disbanded, but it had planned to play a 20-year reunion show next month at Brothers Lounge.

Because COVID-19 derailed those plans, the group has postponed the show until 2021 at the soonest.

In place of the reunion show, the band will release an album of B-sides and rarities.

“[Guitarist] Jeff Nagel and I had talked about releasing some of the material we never had before about a year ago,” says singer-guitarist Mike Farley in a statement. “So, I brought it up to Jeff and [bassist Jeff Beam and drummer Joe Rohan] again, and we all agreed that now was a good time put it out.”

The album that’s due out on May 22 will include earlier versions of “Blue” and “Disguise” that Farley later released on his solo album, Blue. The compilation  also includes the acoustic number “Home for Good,” demo versions of “Can They See Me?” and “Fall,” and two sports-themed tracks (“Play Ball,” which was licensed by the Houston Astros in 2003 for their game day team video, and “Uncle Artie,” a song about Art Modell moving the Cleveland Browns to Baltimore in 1995). WMMS played “Uncle Artie” several times in the fall of 1999 when the Ravens came to Cleveland to play the Browns for the first time.

“I’ll never forget that moment in Cleveland sports history,” says Farley.  “I had grown up in New York a fan of the Giants, but I came to adopt and root for the Browns too. Seeing how Art Modell robbed some of the most passionate fans in the country of their beloved NFL team really bothered me. But then, the way Clevelanders fought tooth and nail to lobby the NFL for an expansion team was incredibly inspiring.”

In 2016, the group released a new album, but it never toured in support of that album. The reunion show, when it happens, will mark the first time the band will play those songs in public.