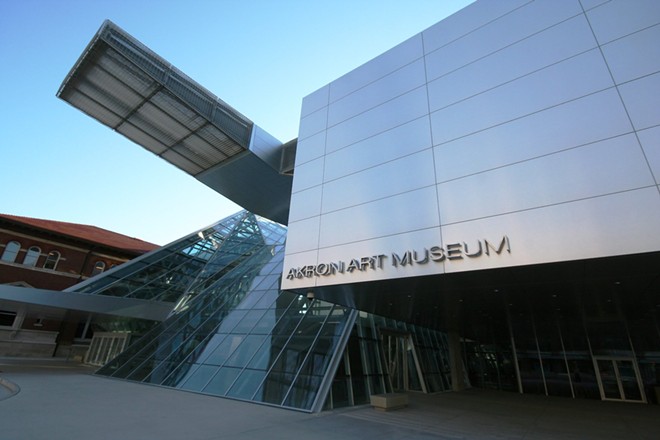 The Akron Art Museum may have used the coronavirus pandemic as a convenient excuse to purge its staff of those who had complained about mismanagement and called for the removal of a CEO known for racist language.

A scorching story published Thursday by Art News disclosed allegations of racism, sexism and intimidation against museum leadership. All but one of 27 employees who signed a 2019 letter to the board of trustees outlining these complaints have either resigned, been fired, or were laid off during the Covid-19 shutdown.

The story quotes multiple former employees on the culture at the museum — "chaotic, disorganized, and unstable" — and describes a series of gasp-worthy incidents of racist and sexist language and behaviors. The women were forced to scrub floors while the men got to set up exhibits, for example. Members of the facilities staff, (among the most racially diverse departments at the museum), were banned from the employee break room and asked to to take breaks in the boiler room.

After an investigation led by an outside law firm in response to the letter, the Akron Art Museum's board of trustees elected to retain CEO Mark Masuoka, a decision that "rankled" the staff. Many of the workplace culture issues were thought to stem directly from him.

Employees said that their decision to pen a letter of complaint was prompted by Masuoka’s firing of the museum’s former education director, who had pushed for greater diversity, equity, and inclusion while at the institution. Three employees also told ARTnews that Masuoka used derogatory language in a meeting to describe the city’s black population, calling them “Summit Lake people,” a reference to a poor Akron neighborhood with a large African American community. According to the employees, Masuoka said that black visitors from Akron wouldn’t be able to access the mobile applications the museum developed because they used “throwaway gangster phones.”

Many of the museum's staff have now either been laid off or have had hours reduced in light of the pandemic. But the museum's public and private messaging has not been aligned. Executives told the press that some of the 35 full-time employees would be furloughed or have hours reduced, but that everyone would receive full wages until May 1.

But several staff members received emails that very day saying they were effectively laid off and that their final paychecks would arrive on April 17. As of the story's publication, the laid-off employees had not received their checks or had been underpaid for previous hours worked.

The full story is absolutely worth a read.