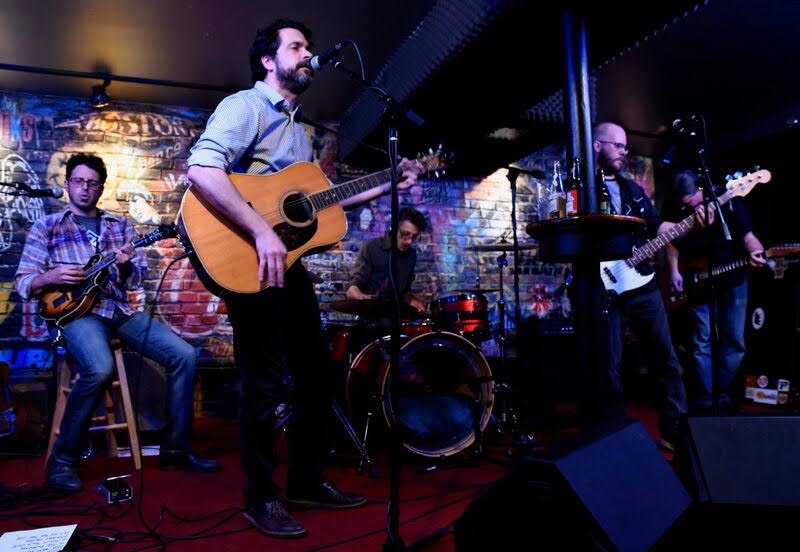 Local singer-songwriter James McKeivier, who grew up in the Canton area, has always loved writing songs, but he says he only started taking the craft seriously about ten years ago.

It was also at about that time, he started recording and playing solo. He's released two albums as a solo act; just today, he dropped his first album with a backing band and has released Hills & Dreams on Bandcamp. It's the first recording he's made with his backing band, the Starry Sky Band.

“Working with a band was a whole new experience,” he says via phone. “I write songs all the time. I’m always trying to write the next one better than the one before. These songs have been evolving for about three or four years. When I got together with [bassist] BillMike and [guitarist] Gary [Heinrich], both of whom worked on my last record, we would start expanding the songs. I would present the songs to them, and they would grow from there. Adding a drummer was a big part of it. That changed the entire dimension of the songs, and it grew from there. We spent a lot of time practicing the songs and played them out before we sat down to record them.”

“Gary [Heinrich] rented professional equipment,” says McKeivier. “We spent a weekend together, and he brought over his equipment. We wanted to do a live record. That’s how I like to record. I really don’t like to do guitar parts and then put the vocals on. It sounds more organic and natural if I play and sing at once.”

Thanks to the use of the resonator, songs such as “Golden Gate” possess a Wilco-like twang. The album shows off the band's talent too as the group really lets loose on “Somewhere in Mind,” a track that features a lively concluding jam.

“I need to jam a little more,” McKeivier admits. “I’m so used to doing the singer-songwriter thing that I don’t realize that. But with the band, I don’t have to sing the entire time, and we have started to [jam] a little more.”

“Lonesome in the Desert,” one of many highlights on the album, features husky vocals and possesses a more ominous tone than the other tunes. It sounds a bit like R.E.M.'s moodier ballads.

McKeivier wrote the track about his late father.

“I sat down to write a story about my father, who had some trouble with prison and robbed banks,” says McKeivier. “He passed away ten years ago. I always wanted to write a song about his exploits. When I knew him, he was a completely different person. When he told me the story of his past, I was blown away. He became this folk hero to me. I started to write a song about it, but I find that if I get too specific, it becomes corny. I had to step back, so that's why the song is more abstract.”

McKeivier and the band originally intended to play a release show in June at CODA. While that show is still in books, it’s not certain if it’ll come to fruition because of current restrictions on mass gatherings.

Once the pandemic passes, however, McKeivier says he’ll return to performing both with his backing band and in various other formats too.