To End Social Distancing, the U.S. Must Dramatically Ramp Up Contact Tracing 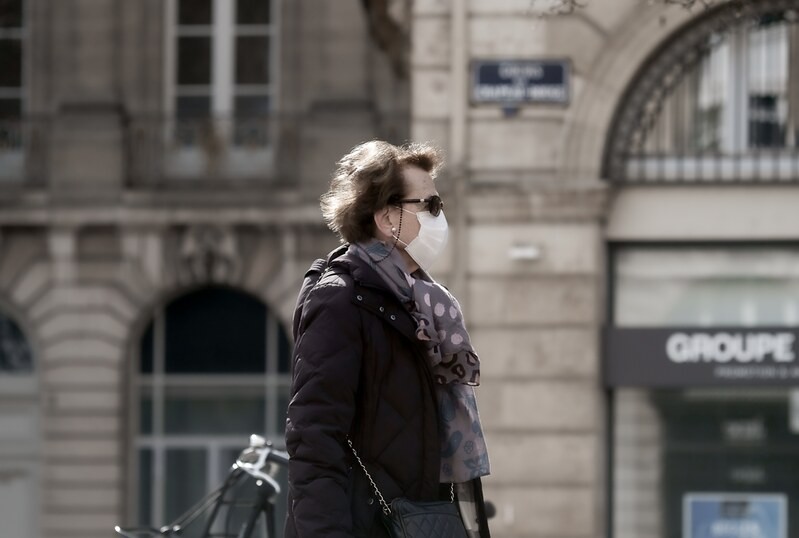 Right now, many countries are fighting the spread of COVID-19 with the bluntest tool possible: widespread social distancing. To deny the virus the opportunity to hop between people, most of us are staying in, regardless of whether we’ve come into contact with the virus.

But social distancing, which has saved lives and eased the burden on hospitals, comes at a high cost. Lost jobs, closed businesses and a frozen economy have many people anxious for restrictions to be eased and for life to get back to normal.

If countries hit the restart button now, epidemiologists say that the virus will come roaring back, exploiting the fact that so many people are still susceptible. Until a vaccine arrives, two key measures will need to pick up the slack as social distancing is eased.

One is widespread, easily accessible testing. And for tests that come back positive, a second system must quickly identify people who may have been infected by that person to prevent further spread. That’s what is known as contact tracing.

The bread and butter of infectious disease control for over a century, contact tracing is a targeted way of breaking a pathogen’s chain of transmission. When a positive case pops on the radar of public health officials, a contact tracer takes action, doing detective work to track down all the people that person has encountered, or even been near.

Then, the contact tracer notifies those contacts that they may have been exposed to the virus and asks them to quarantine for the incubation period of the virus (about two weeks for cases of COVID-19). Starved of new hosts, the epidemic fizzles out, and contact tracers keep tabs on the people who are potentially infected to see if they develop symptoms.

Contact tracing helped contain the SARS outbreak of 2003. More recently, it helped control the 2014 Ebola outbreak in west Africa. But people with SARS or Ebola spread the virus only when they’re clearly sick, making it easier to identify and isolate cases. COVID-19 is a different story. Infected people who don’t yet show symptoms, or never do, may account for nearly half of all transmissions, a factor that helped COVID-19 silently spread around the world at a vastly larger scale than these previous outbreaks.

To be effective, contact tracing requires readily available diagnostic testing, plus a public health workforce large enough to track down all cases and contacts. The United States and many other countries currently have neither. “We’re not where we need to be right now,” says Crystal Watson, a public health preparedness expert at Johns Hopkins Center for Health Security.

As of April 29, the United States has conducted nearly 5.8 million COVID-19 tests, reporting an average of 230,000 tests per day the week before, according to the COVID Tracking Project, launched by The Atlantic. That may sound like a lot, but about 17 percent of those cases have come back positive. For a country to be confident that it’s identifying most cases, and not just the people who are obviously sick, 10 percent of tests, or fewer, should come back positive according to the World Health Organization.

Experts differ on how much more testing we need. An April 20 report from Harvard University estimates the United States may need 5 million tests a day by early June to safely reopen its economy, eventually building to 20 million tests a day. The American Enterprise Institute released a report March 29 estimating 750,000 tests per day will suffice. That number is proportional to South Korea’s testing approach, where a robust contact tracing system has helped control the outbreak.

The number of contact tracers must also skyrocket to keep up with all those tests. In Wuhan, China, a city of 11 million where the outbreak began, 9,000 contact tracers have been deployed as lockdown measures have eased. As of early April, the United States had 2,200 contact tracers, according to an April 10 letter to Congress from the Association of State and Territorial Health Officials, or ASTHO.

States have been scrambling to boost those ranks. In an NPR survey of state public health departments, published April 28, the public radio station found that Washington, D.C., and the 41 states that responded have about 7,600 contact tracers now on staff. Those departments reported plans to grow that number to more than 36,000.

But that’s still nowhere near enough. An estimated 100,000 contact tracers will need to be quickly trained and deployed to control the spread of COVID-19 in the United States, according to an April 10 analysis by Watson and her colleagues at Johns Hopkins and ASTHO.

In Massachusetts, a large-scale effort is under way to hire 1,000 new contact tracers. So far, 15,000 people have applied, says John Welch, the director of partnerships and operations for the Massachusetts COVID-19 Community Tracing Collaborative at Partners in Health, a nonprofit involved in the state’s response. “There are a lot of qualified people who are also out of work and already know the communities that they’re serving,” he says.

New hires get a three-day crash course. They learn how to ask those who test positive about relevant contacts (right now that means anyone the person has been within six feet (two meters) of for more than 15 minutes), how to log that data into a statewide database and how to inform those contacts that they’ve been exposed, and need to self-isolate. Contact tracers also ask about symptoms.

Talking someone through a 14-day quarantine process isn’t always straightforward. Questions like “How do I self-isolate from my partner of 40 years?” “How do I get food?” or “Who’s going to look after my elderly mother?” can all come up. “You realize pretty quickly that this thing that feels like a very scientific activity is really just talking to people about this thing we’re all going through together,” Welch says.

The role of technology

Many experts worry that the pandemic has grown too large, and that the virus spreads too easily, for people-powered contact tracing alone to work. Cell phone data can help accelerate the tracing process in places willing to use the more intrusive approach of cell phone monitoring.

In Singapore, citizens can download the TraceTogether app, which uses Bluetooth signals to register when phones with the app come into close contact. When someone with the app tests positive, public health officials can quickly identify contacts and notify them.

Google and Apple announced on April 10 a partnership to develop a similar system for both Apple and Android phones.

Enhancing contact tracing with digital tools could slow, or even stop, COVID-19 outbreaks in many places, according to a Science study posted online March 31. In principle, if everyone used an app, individuals could be instantly notified when someone they contacted tests positive. In such a scenario, contact tracing would need to be only 50 to 60 percent effective to end an outbreak, the researchers found. Effectiveness here can refer both to how many contacts actually self-isolate and how well people do at limiting contact with others.

Timing is key. “The earlier a contact is traced and self-isolates, the faster you can slow [the epidemic],” says study coauthor Michelle Kendall, a statistician at the University of Oxford. If it takes a couple days to notify contacts of a positive case, she says, contact tracing becomes much less effective as people unwittingly spread the virus. That means rapid and widely available testing is a must, though Kendall says that an app-based system that activates when a person reports symptoms alone can also work.

But technology can’t solve everything. “An app can ping you and recommend that you self-isolate, but unless people actually adhere to it, it won’t do anything,” Kendall says. “You’ve got to have public trust.”

Widespread adoption and adherence to these kinds of intrusive measures have so far helped South Korea avoid massive lockdowns. And China is easing some restrictions because it can enforce quarantines by requiring that residents install location-tracking software. Such measures will be a tough sell in independence-minded Western cultures, says Annelies Wilder-Smith, an infectious disease expert at the London School of Hygiene and Tropical Medicine.

“We need a good communication strategy that starts now,” she says, to build awareness and buy-in before systems are in place. Without widespread participation, even the most advanced technical tools won’t help curb the pandemic.

Even if the public is enthusiastic initially, buy-in may wane as the pandemic stretches on. In areas with ongoing outbreaks, it’s not inconceivable that someone could finish one two-week bout of self-isolation only to be pinged days later that they’ve come into contact with the virus again. And decisions will need to be made as to what counts as a meaningful contact. If merely walking past someone on the sidewalk who later gets confirmed with COVID-19 sparks a message to self-isolate, many may ignore requests. Massachusetts is trying for 15 minutes of exposure, but will transmission events be missed? Even if a system finds a sweet spot, people may be exposed multiple times in the coming months, and asked to self-isolate each time.

That may not seem sustainable, “but right now we’re shooting blindly, and millions of people who don’t need to be quarantined are stuck at home,” Wilder-Smith says. “No solution is perfect, but of all the worst scenarios, strict contact tracing and isolation is the best scenario, and I think that’s how you have to sell it.”

This story was originally published by Science News, a nonprofit independent news organization.