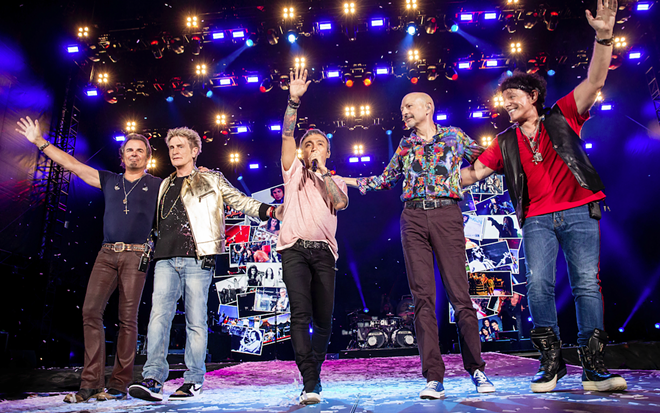 Update: Earlier today, Journey announced it has canceled its summer tour that included a stop at Blossom on June 30. The tour promised to feature one of the summer's better pairings — the Pretenders were slated to open the show.

“There is no greater thrill for us than playing for our incredibly devoted audience, but their safety must come first," reads a statement the band issued. "Having seen what the world has endured during the last 45 days, and not knowing what the rest of this year or 2021 will bring, we knew the right thing to do was to make sure our fans’ health was not put in jeopardy and to provide immediate access to refund options given the unexpected events caused by this terrible virus. We would like to thank all doctors, nurses, police, other first responders and essential workers for their heroic efforts; as well as our fans for doing everything possible to stay safe. We would also like to send the Pretenders our best wishes and hope to see them in the future. We will see everyone again as soon as it is safe to tour, and we will share that news as it becomes available. In the meantime, please Don’t Stop Believin’ in the wonder of life and in each other.”

According to a press release, "Live Nation will ensure ticket holders will be emailed directly with their refund options including a full refund, or you can request a 150 percent credit and Live Nation will donate the number of tickets you originally purchased to healthcare workers on the front lines. For more details, visit livenation.com/refund."

Original Post 10/31/2019: Rock Hall Inductees Journey have just announced the dates of an extensive North American tour with the Pretenders. Slated to take place in 2020, the jaunt will feature all new production.

The tour comes to Blossom on June 30.

Beginning at 10 a.m. on Monday, American Express car members can purchase tickets for select shows before the general public. Citi and other local presales will start at 10 a.m. on Tuesday.

A limited number of LaneOne Premium Packages will also be available, including seats, transportation, preferred entrance and more.