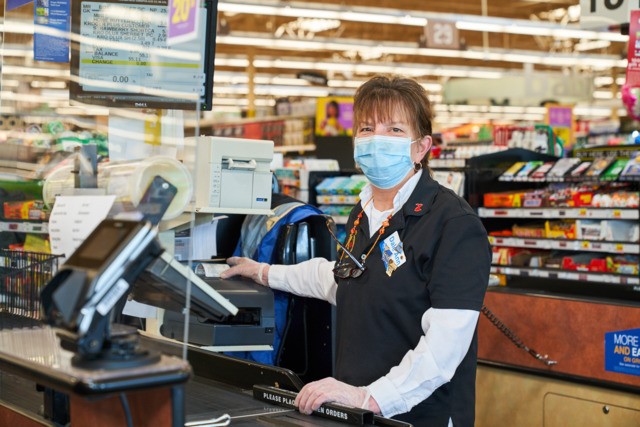 It may be the end of the aisle for a meager hourly bonus for essential grocery workers risking their lives during the COVID-19 pandemic.

In late March, Kroger announced that it would provide thousands of its hourly frontline grocery, supply chain, manufacturing, pharmacy, and call center associates with weekly $2 per hour pay increase, or hazard pay, something the chain touts as a “Hero Bonus.”

The original duration of the bonus was to be applied from March 28-April 18, which was later extended to May 2. Last week, the United Food and Commercial Workers union revealed that Kroger had announced that they planned to discontinue the temporary appreciation program on May 17.

However, workers are pleading for an extension, while others are calling for the increase to be applied indefinitely. Workers are also voicing concerns over the store's safety protocols not being enforced, putting the lives of those workers at an elevated risk for transmitting the virus.

THREAD -@kroger, a leading US Grocer are seeing profits soar since COVID
Kroger execs (like most industries) are working from home
Store employees cannot & have been receiving $2 per hr “hero pay” increase recognizing the effort & risks they are taking
“Hero Pay” ends in 6 days

Shortly after the Hero Bonus rollout, Kroger — the largest supermarket chain in the U.S, with more than 2,500 stores across 35 states and estimated sales of $70 billion a year — announced the death of four metro Detroit Kroger employees due to the coronavirus. Cincinnati employees have also contracted the virus.

While the pandemic has forced entire industries to shut their doors — 33 million Americans have filed for unemployment since the coronavirus entered the states — Kroger saw a 30 percent increase in sales in March from the previous year and, according to a press release issued in April, the company “expects first-quarter identical sales ... to be better than the annual growth rate” projected for all of 2020.

As of last week, presidents of several local unions penned a letter to Kroger CEO Rodney McMullen expressing concern over the discontinuation of its Hero Bonus “weeks before other major retailers,” as well as addressing the fact that customers are not held to the same safety measures as Kroger employees, which will continue to put workers at risk.

“There is no path to recovery from a virus that has no cure,” the letter reads. “The members of the UFCW that work for you are stocking shelves, bagging groceries, cleaning, and running cash registers while wearing masks and gloves to try to save their lives and the lives of their families. They do this every day to protect themselves from customers who are not required to wear the same PPE.”

Presidents of Local Unions in KY, OH, MI, and IN have sent a joint letter in solidarity to Kroger Company CEO Rodney McMullen asking him to extend the Hero Pay to our members through the Month of May.
Full letter here ➡️ https://t.co/bjrFAgtrk9 pic.twitter.com/aTb1HpfUHP

The letter, which asks the company to not turn its back on the very employees that have helped sustain Kroger's business operations during an unprecedented pandemic, also claims that social distancing rules and customer limits are not being enforced across its retail stores.

After the letter was published last week, Kroger is now said to be in negotiations with union leaders to extend the hazard pay.

In an email statement to Supermarket News, Kroger said: "“Our temporary ‘hero bonus’ is scheduled to end in mid-May. In the coming months, we know that our associates’ needs will continue to evolve and change as our country recovers. Our commitment is that we will continue to listen and be responsive, empowering us to make decisions that advance the needs of our associates, customers, communities and business. We continuously evaluate employee compensation and benefits packages.

“We are committed to the continued support of our associates’ safety and mental well-being, and we’ll continue our ongoing discussions on these critical aspects with the UFCW.”

Since the pandemic, the locally headquartered chain claims to have committed more than $700 million for employee reward programs, like the Hero Bonus, and to protect its workers and customers. They also just announced a new initiative to offer free COVID-19 testing to employees who qualify. The chain also says it has enacted other health and safety measures, including the aforementioned store capacity limits, to improve social distancing. It says it has also installed Plexiglas partitions and floor decals to promote spatial awareness, encouraged associates to wear face masks and gloves (and ordered a supply of masks to provide to employees) and told workers to monitor for symptoms/check their temperatures at home before they come to work and to stay home if they're sick.

They also forked out an estimated $340,000 to run a national TV ad, thanking the company's blue apron-wearing heroes.