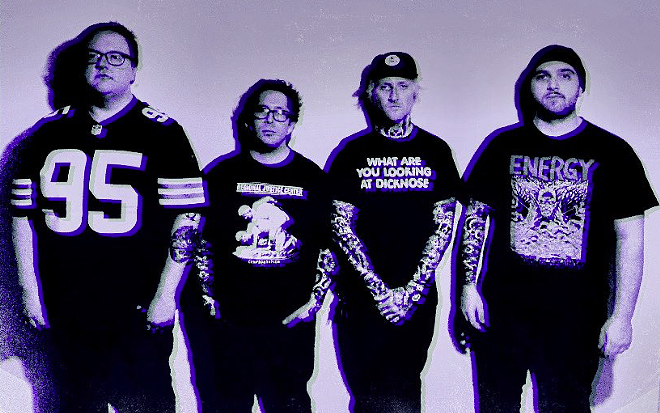 The locally based hardcore group Last Gasp began recording its new album Second Wave just as the pandemic hit. It somehow managed to finish the release, which is out now on all digital outlets.

The album addresses the current social and political climate, and the band will donate proceeds from sales to Black Lives Matter Cleveland.

"We worked very hard on this record," says singer Ryan Hardwick in a press release. "Most of these songs were written before the quarantine with studio dates booked, but when the shutdown went into effect, all of our shows and recording time were cancelled. After a month and a half of self-quarantining, we decided to record these songs ourselves to stay productive and also because we all felt so angry and anxious. I had time to really sit and write the songs the way I felt necessary after watching the news every night and feeling such a deep sorrow for the world effected by the coronavirus. Besides burning anxiety not knowing how things would play out I also felt a burning hatred toward our President for his mishandling of the situation. It truly blows my mind that people can stand behind such a narcissistic monster."

Last Gasp began to figure out a plan to release the album, but George Floyd's tragic death, and the subsequent protests and riots changed all that.

"The original goal was to release these songs with a label to help [distribution] and press a physical copy, but after watching the video of another senseless murder on a black man at the hands of law enforcement, plans changed,” says Hardwick. "George our drummer was at the protest and saw first hand how nightmarish the scene was. Cops macing and swinging billy clubs on innocent and peaceful protesters. It had such an effect on him, he got home and wanted to put the record out to help any way we could."

As a result, the album is available for donation through lastgaspoh.bandcamp.com.

"We will never know the pain that the black community feels for this constant loss, but we are allies and friends, and we hope to help raise some money and spotlight inequality," says Hardwick. "If our little nobody punk rock band can change one person's mind or donate a few hundred dollars to righteous movements to stop hate, well, then, we’ve done our job. Viva la revolution."