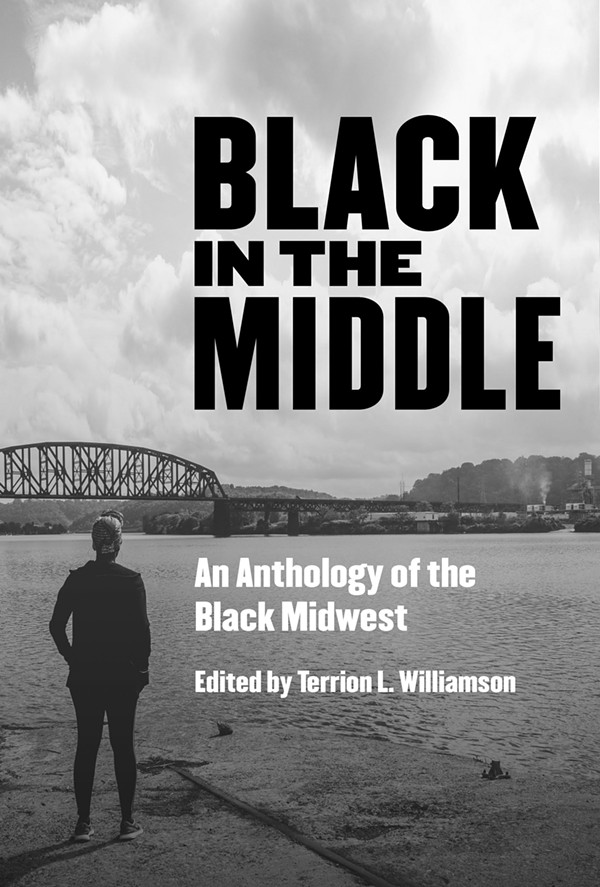 To read coverage of the nebulous Midwest, during election season, say, is to encounter a region of abundant whiteness. Permanent whiteness. Plenty of diners.

This coverage and the images it perpetuates are at best incomplete. Thankfully, an anthology of Black writers, to be published in September, will offer a corrective to this history and ongoing practice of marginalization. And it arrives at a moment of nationwide upheaval over racial injustice. Black Lives Matter, and Black writers do, too.

Black in the Middle, edited by Terrion Williamson and published by the local small press Belt, will put the voices of Black Midwesterners "front and center." Out Sept. 1, the collection will explore "the various meanings and experiences of Blackness throughout the Rust Belt."

In a press release, Belt said the material would touch on not only the Midwest's major cities (Chicago, Detroit, others) but also smaller cities and rural areas "where the lives of Black residents have too often gone unacknowledged."

Williamson is currently an associate professor of African-American and African Studies at the University of Minnesota and directs the Black Midwest Initiative, a collective that advocates for Black people in the Midwest and Rust Belt. Jamala Rogers, author of Ferguson is America: Roots of Rebellion, provides the collection's foreward.

The book is available for pre-order now at beltpublishing.com, ($20), and will hit local bookstores in September. One essay from the collection, by Minnesota author Vanessa Taylor, was recently published in Belt Magazine and effectively teases the flavor and force of the collection at large.
***
Sign up for Scene's weekly newsletters to get the latest on Cleveland news, things to do and places to eat delivered right to your inbox.