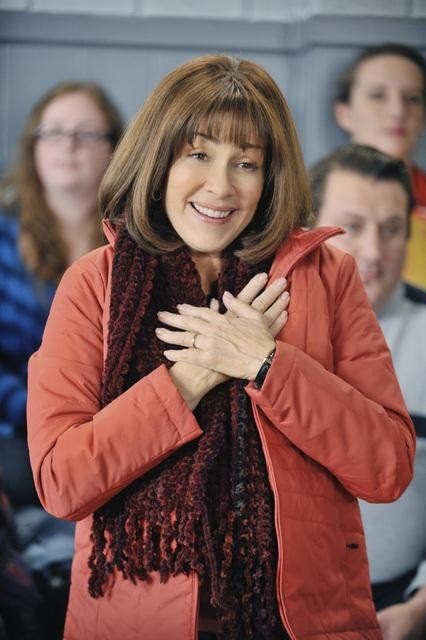 The Greater Cleveland Film Commission (GCFC), a 501(c)3 nonprofit that aims to cultiviate film and television industry in Northeast Ohio, has just announced that it’ll host an online webinar with actress Patricia Heaton at 7 p.m. on Monday, June 22.

She’s also starred in the CBS comedy Carol’s Second Act and is at work on a new book, Your Second Act. In her New York Times best-selling autobiography Motherhood and Hollywood — How to Get a Job Like Mine, she describes her childhood in Cleveland and the events that led up to her success.

In 2001, Heaton co-founded FourBoys Films, a production company which she runs with her husband David Hunt. The company has produced the Sony feature comedy Moms’ Night Out, TNT’s The Engagement Ring and Walden Media’s Amazing Grace.

Heaton is also the founding member of World Vision’s Celebrity Ambassador Network. She has travelled to Rwanda, Zambia and Syria with the humanitarian organization which focuses on “conducting relief, development and advocacy activities” in its work with children, families, and their communities in nearly 100 countries.

The GCFC is currently following guidelines from the Ohio Department of Health and suspending gatherings.

“We are adapting our services for the virtual environment, and working to plan live programs and events to bring you as soon as it is safe to resume these activities,” reads a press release about the Heaton webinar. “Although production has slowed during the pandemic, the need for content grows daily. The media industry will come roaring back to life when we emerge from this crisis, and Northeast Ohio will well-positioned to be incredibly busy.”

The event is free, but registration is required.