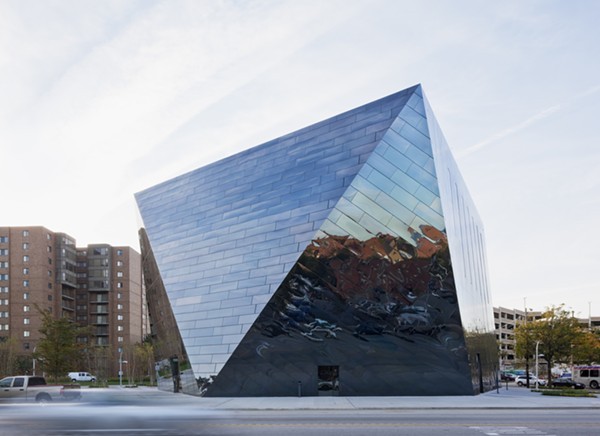 The Museum of Contemporary Art’s Executive Director, Jill Snyder, has announced her resignation as of Friday June 19th after 23 years with the museum and just weeks after publicly apologizing for canceling 'The Breath of Empty Space,' an exhibition that had been slated to debut in Cleveland this month featuring Shaun Lenardo's charcoal drawings of police violence against minorities, including Eric Garner and Tamir Rice.

Concerning the cancellation, moCa released a public letter of apology stating that moCa “…encountered troubling community response that suggested at this time we were not prepared to engage with the lived experiences of pain and trauma the work evokes….Taking such action to not honor our commitment to an artist is an anathema to moCa’s practice and values. We recognize this is a breach of trust. ”

Lenardo says that since the cancelation of his exhibition at MoCa it had been difficult to even talk about the show and in a public statement he claims that he, “…was never given the opportunity to be included in outreach, and therefore, never had a moment to engage any community member regarding the show. What has become evident to me since the receipt of this letter, is that after grave mishandling of communication regarding the exhibition, institutional white fragility led to an act of censorship.”

The Board at moCa has expressed “its deepest gratitude to Jill for her tireless work on behalf of our institution and for the innumerable contributions she has made for our members, patrons, and the community at large.”

Sources have told Scene that moCA staff had in recent weeks voiced their displeasure with how the decision was made to cancel the show.

Snyder didn't address that in her statement.

“With my departure I embrace this as an opportunity to advance the movement for change that is now sweeping through our culture," she said. "Through recent programming, moCa has demonstrated a desire to work in the territory of inclusion, equity, and community. Now it is time to select a progressive and innovative leader for the next phase in our history who will carry forward this work with new passion. For that new leader to have a seat at the table, I willingly give up my chair.”

Snyder began working with the museum 1996 when the organization was referred to as the Cleveland Center for Contemporary Art before renaming itself the Museum of Contemporary Art and relocating in 2012 from Carnegie Ave. to its new home on Euclid Ave. in the heart of University Circle. The relocation of the museum was an initiative launched by Snyder.

During her long career, Snyder pushed for engagement and collaboration with the nationwide For Freedoms project through a series of Town Halls featuring community discourse on relevant social issues as well as advocating for the museum to be admission free and launching the “Open House” series of initiatives in hopes to make the museum to be more inclusionary.

Megan Lykins, moCa’s Deputy Director will act as Interim Director as the Board and senior management look to fill Snyder’s shoes. Although Snyder will no longer be the Executive Director with moCa, she will continue to consult with them throughout the rest of 2020 in efforts to offer a smooth transition while they, “turn to the work of identifying a visionary new leader who will maintain and advance moCa’s artistic and programmatic mission while opening us to the new possibilities that come with change.”