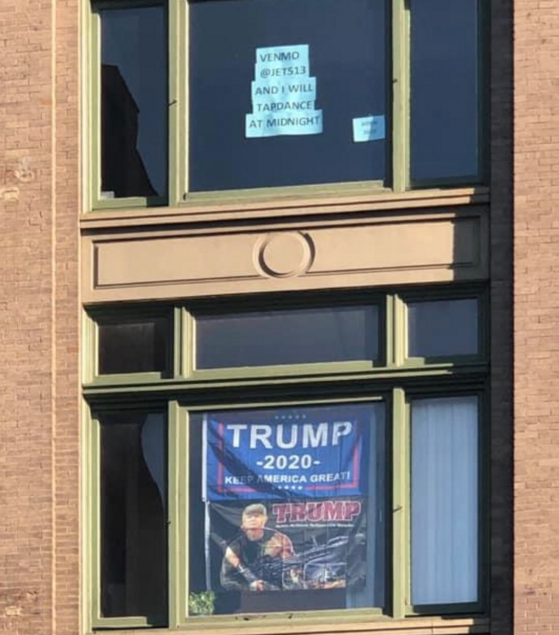 Earlier this week, we reported a story about a downtown resident responding to his neighbor’s "Trump 2020" window display by posting a sign of his own in his window. Jett Croisant’s sign simply read "Venmo @Jet513 and I will tapdance at midnight." His neighbor across the way, Amy Ziemak, posted the photo on Twitter where it soon went viral. The story was picked up by Buzzfeed, the Daily Mail and many other media outlets.

Croisant told Scene that the money strangers are Venmo-ing him will be donated to the ACLU. Already he has received approximately $25,000 in donations. Today, Croisant also received by mail a pair of tap shoes. He put them on, invited some friends over and danced.

Special thanks to Kelleigh and Jude and the Tappers


Croisant is also asking people to make their own tap-dancing videos with the hashtag #Tap4ACLU.