6 Reasons Why 2020 May Actually Be the Year of Hope 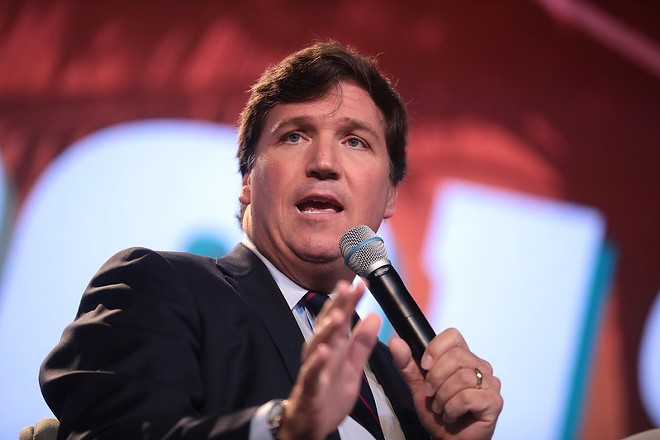 The coronavirus has now doubled the U.S. death toll from the Vietnam War. Within weeks, it will surpass the nuking of Hiroshima.

The killing of George Floyd wrought riots in the streets, yet police shootings continue to mount.

And for all their efforts, the Founding Fathers never stopped to pose an obvious question: How can we save the nation from someday being destroyed by a large orange raccoon?

If it all feels rather apocalyptic, take solace, fellow citizens. All this misery seems to have delivered us a rare bout of introspection. Look beneath the hood, and you’ll find a seismic shift in public sentiment, suggesting we may have finally decided to mend our ways.

Here are six reasons for hope, by the numbers:

The percentage of Americans who believe protesters were justified in burning a Minneapolis police precinct.

Okay, so no one really likes torching government buildings, since it amounts to setting fire to our own property. Yet with police killings now caught on tape for all the world to see, the old tropes of “don’t get arrested,” “don’t resist,” and “he probably deserved it” are being roundly detonated on instant replay.

Five years ago, only half the country considered racism a “big problem.” Today it’s at 76 percent. Meanwhile, just 7 percent believe our police system is essentially sound. When an awakening arrives of this magnitude, things change quickly – even in the most unlikely of places.

That was the vote in the Iowa House for a new law that bans chokeholds and bars officers from working again in the state if they’ve been fired for misconduct. More surprising: It was approved by a Republican majority.
Then there’s Kentucky Sen. Rand Paul. Only a few weeks ago he was single-handedly holding up an anti-lynching bill. Now he’s seeking a nationwide ban on no-knock warrants, the kind that put eight bullets into emergency room technician Breonna Taylor as she slept.

Even the Human Incendiary Device, Donald Trump, is feeling the pressure. He signed an executive order that would track police misconduct and raise standards for use of force.

Yes, it’s meaningless, since it’s nothing more than a series of “guiding principles.” But when a man with Ted Bundy’s sense of empathy feels obliged to feign compassion, you know the times are changing.

If Black Lives Matter was a presidential candidate, it would crush Trump in a landslide. BLM’s current approval rating: 62 percent, nearly double what it was four years ago. Donald Trump’s: 40.

The percentage of Tucker Carlson Tonight revenue propped up by a single advertiser, MyPillow.

It’s hard to have a moderately sane country when top-rated news hosts are triggered by Sesame Street specials on racism. Combined with talk radio and an army of frothing websites, one could argue that Fear Thy Neighbor Television is the greatest propaganda force since the Third Reich, dispensing an alternate reality where the white man’s besieged, the villain de jour is coming to take your riding lawn mower, and the only road to salvation is to give all our money to the “job creators.”

“This may be a lot of things, this moment we are living through. But it is definitely not about black lives. And remember that when they come for you.”

Yet the boardroom caste has belatedly discovered they’re funding the wrong side of history. Carlson’s show is hemorrhaging advertisers, an exodus that includes Disney, Papa John’s, T-Mobile, Pacific Life and Farmers Insurance.

When the Beast loses its primary source of nutrition, good things are in store.
So the next time you see a Wendy’s commercial vowing nebulous solidarity, think of it not as another shallow attempt to ingratiate. Think of it as the dawn of a transformational moment in the executive suite.

They may not understand it all. They may not even agree. But they’re getting the distinct sense they can no longer be seen in polite society with the Tucker Carlsons of the world, lest they imperil their one true love — money.

The number of states with surging Covid cases.

No, this is not actually a good thing. But it’s what happens when half the country believes it’s mastered epidemiology by glancing at a Facebook meme. And in a painful, backward way, it may be the one thing that spares the nation from Death By Gooberism.

The surge is concentrated in the sunbelt states, where governors fear that adhering to science makes them look weak and effete. (Point of order: You’re doing just fine with that on your own, pal.) So they pretended a global pandemic just went away.

Think of it as the All Lives Matter Except Grandma’s Campaign. The peasantry was sent back to work, the job creators remained safely ensconced at home, and Trump could finally launch his much anticipated “Risk Death to Celebrate Me” summer tour.

If tens of thousands of more people died, so be it – as long as the death part handled by a different department.

In many ways, we’ve become akin to the country that still uses bloodletting and leeches after the rest of the world discovers penicillin. Yet there’s an upside to this self-inflicted agony.

Once upon a time less than half the nation thought climate change was real. Then Mother Nature sent hurricanes, rising seas and 100-year floods to the homelands of Gooberville, the sunbelt. Suddenly, climate change could no longer be dismissed as someone else’s problem. Belief rose to 80 percent.

Consider the latest Covid surge another Pavlovian lesson, targeting the Disciples of Mean Jesus who won’t make the smallest sacrifice for thy neighbor. And it’s carrying the gift of enlightenment.

No one’s confusing Biden with the Second Coming. Or even a minor saint who’s nonetheless pleasant at dinner parties. But when the alternative is the World’s Most Vile Attempted Human ™, it’s a bit like saying, “I know we should get rid of Stalin, but shouldn’t we wait to find the perfect replacement?”
No. We must drive the serpent from the temple. Now.

And our elders may prove our saviors.

In 2016, Trump won in part by a 13-point lead with the elder vote. He did so with a Republican playbook that’s worked for decades: Pound them with fear of changing world. Make them tremble at the immigrant hordes invading our shores. Promise that the country could be great again if only they elected an incompetent daddy’s boy, just like the great presidents of yesteryear.

It wasn’t exactly a master’s class in propaganda. But if you’re old, isolated, and frame your worldview from the nightly prattle of Sean Hannity, you believed.
This was especially important because about 70 percent of older people vote in presidential elections. By contrast, the under-30 crowd hasn’t broken 50 percent in the last 40 years. (Want someone to blame for our odious leaders, Sweet Youth of America? Examine the mirror tomorrow morning.)

But Trump’s handling of the coronavirus has made his intentions clear. In a choice between the Dow Jones Industrial Average or some 70-year-old’s continued breathing, he’s definitely going with the Dow.

That’s left older voters to bail en masse. Biden and Trump are now in a statistical dead heat. Weirdly enough, when the elderly must choose who to fear more – a Mexican meatpacker or a president doing his best to make them dead – the Mexican doesn’t seem so scary anymore.

In 2016, Trump received just 41 percent of the women’s vote, a nonetheless impressive showing for a serial sex offender. But among white women alone, he rose to 52 percent.

This tragic figure led some to believe that women could eventually prove as dumb as men. Yet polling now shows a full recovery from this bout of madness. Biden’s lead among women is the highest in polling history. It’s not only enough to boot the man-child-in-chief, but may well portend the coming of female-dominant governance.

Judging by man’s track record alone, we should already have a constitutional amendment barring anyone in possession of a penis from public office. We’re the people who brought you school massacres, congressional gridlock, corporations as humans, the anti-Christ McConnell, and the most expensive health care in the world. And these are just the appetizers.

Even if women just decided to, say, value human life as much as the stock market, we’d be rocketing toward a bold new world.

The numbers say that world is coming.