Tamir Rice Should Have Been 18 Years Old Today 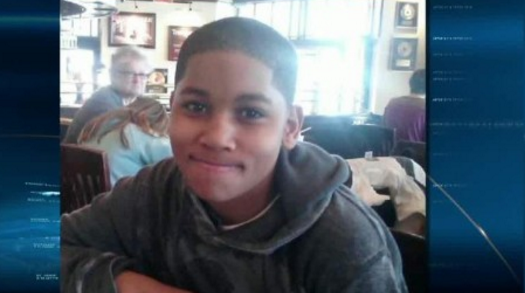 Tamir Rice would be celebrating his 18th birthday today had he not been murdered in 2014 by a Cleveland police officer who shot him to death within 2 seconds of arriving on the scene in response to a 911 caller who told the dispatcher that Tamir was “probably a juvenile,” and said twice that the toy gun he was holding “was probably fake.” When Tamir’s sister arrived at the scene 90 seconds after her brother was shot, the officers tackled her to prevent her from checking on him. They let Tamir lay on the ground unattended for four minutes after they shot him, until an FBI agent who was in the neighborhood showed up and thought to pay some attention to the dying boy. It took eight minutes for paramedics to arrive on the scene. Neither of the two involved officers were charged. One remains a Cleveland police officer today.

It should also be remembered that within days of Rice’s death, the Northeast Ohio Media Group gave top billing at Cleveland dot com to a piece featuring the opinion of a gun industry lobbyist, headlined: “Buckeye Firearms Association Chairman calls Tamir Rice shooting ‘legitimate.” At the same time, they also featured a piece by a popular columnist urging that people were paying too much attention to Rice’s death, and not enough to other people who’d been recently killed in Cleveland by “real bad guys.” Those other killings were getting “lost in the frenzy around Rice’s death,” according to the columnist.

Again, folks should not allow themselves to be confused about what “structural racism” is, or the way that police forces are weaponized to enforce the existence of a permanent underclass in the U.S. while the ostensible fourth estate looks on.