Brian Regan to Perform at Hilarities in August 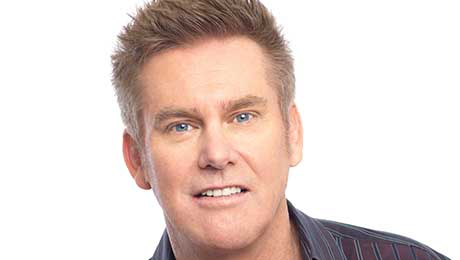 Comedian Brian Regan dropped out of school to pursue a career in comedy back in 1980. At the time, he had no idea whether he'd made the right decision.

Decades later, it appears that Regan, a comedy superstar, did the right thing.

"I just knew when I was young that I had this passion to be a standup comedian," Regan told us last year. He'll perform on Aug. 31, Sept. 1 and Sept. 2 at Hilarities. "I thought it would be an interesting thing to do with my life. I had this dream that if I could make $100 a night doing comedy that I would have the world by the tail. I’m not quite there yet, but I’m still trying."

Regan can currently be seen in season 2 of the hit series Loudermilk that’s directed by Peter Farrelly, and he recently released the comedy series Stand Up and Away! with Brian Regan, a show that Jerry Seinfeld executive produced.

Nunchucks and Flamethrowers, the first of two Netflix specials, is also currently streaming.