Quarantine Cat Film Fest, Which is Exactly What it Sounds Like, to Screen Virtually at Cleveland Cinemas 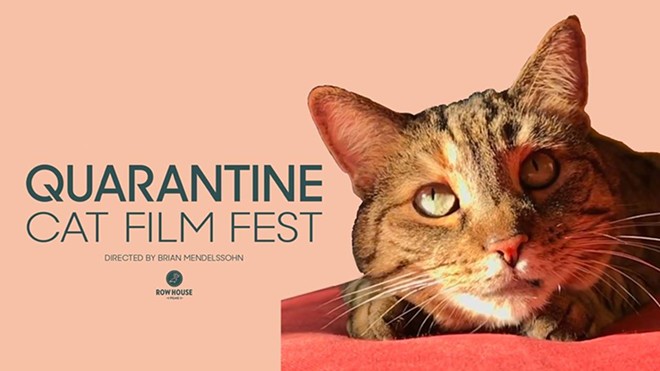 A 70-minute quarantine cat video compilation will be available for home viewing from Cleveland Cinemas' virtual cinema offerings starting Friday. Half of the $12 ticket price will go directly to the local chain, keeping theaters like the Cedar Lee, Tower City and the Capitol afloat during the pandemic, which has indefinitely delayed their openings.

“The response has been better than we could have ever hoped and we have so much great content to work with,” said Mendelssohn, in a statement provided to the media. “It’s going to be a really fun feature with hilarious and adventurous cats and, of course, some adorable kittens too.”

Mendelssohn and his wife evidently got the idea after watching their own cats play during quarantine.

Cat content is always a hit online and has in fact met with large audiences at Cleveland Cinemas in the past.

“Thanks to the huge success of our annual CatVideoFest program at the Cedar Lee Theatre, we knew that people never tire of watching cats do silly things,” Jon Forman, President of Cleveland Cinemas, said in a press release. “We appreciate the continued support of our Virtual Screening Room titles as we wait to re-open our locations.”

Tickets for Quarantine Cat Film Fest and other virtual titles can be purchased at clevelandcinemas.com.