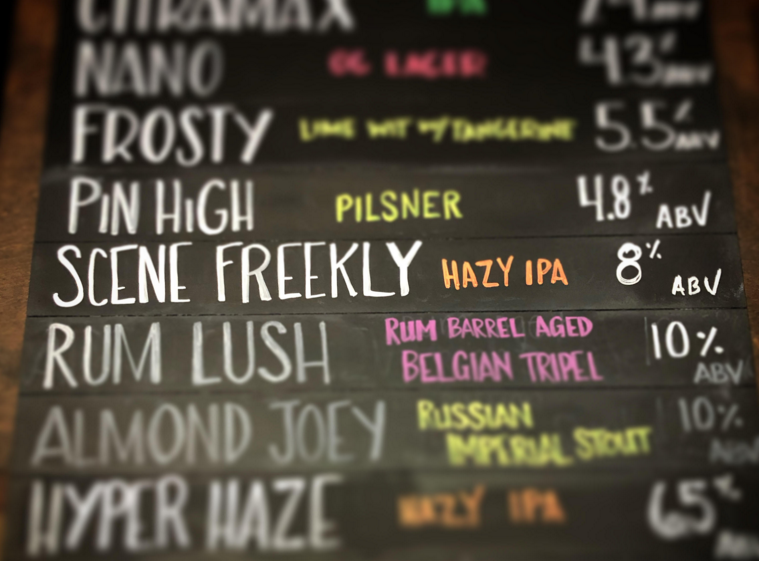 Scene turned 50 this week, a momentous milestone that we will celebrate with all due festivity in a commemorative issue later this year when things Aren't So Shitty, but that doesn't mean the occasion will pass without something special.

In honor of the anniversary and Scene's status as the longest continually operating altweekly in America, Market Garden Brewery made us Freekly, a Hazy Double New England style IPA clocking in at 8% which you can now enjoy at the recently reopened bar and restaurant in Ohio City.

Market Garden is also contributing $1 from every Freekly sold to Scene's Press Club.

"We love you guys, we love the work you do, and we want to be able to support the important work Scene does for the city," Sam McNulty said.

Freekly is brewed with hop blends of Azacca, El Dorado, Loral, and Idaho Gem. The beer was fermented with a signature East Coast Burlington Yeast strain which creates a very aroma-forward, full-bodied, and juicy/less bitter IPA.

"Surviving and thriving for 50 years in a business as challenging as journalism in the digital age is high praise and deep tribute to the nimble and scrappy team that keeps this steady drumbeat and watchful eye on our fair city," said McNulty, whose appreciation for journalism began on his 11th birthday when he started his paper route for the PD. "Market Garden brewed a beer that we hope is as special as these fine folks deserve to commemorate this incredible achievement born of blood, sweat, ink, and tears."