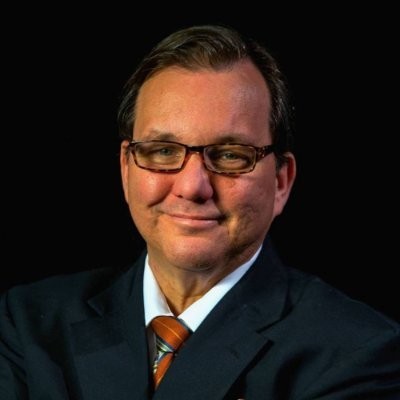 Mike McIntyre, the former Plain Dealer columnist and new executive editor at ideastream, is stepping down as the primary host of Sound of Ideas, WCPN's flagship morning news program. McIntyre has sat in the host's chair for 10 years.

Rick Jackson, who hosts the Friday "Reporters Roundtable" and who has filled in for McIntyre more than 100 times in the past decade, will assume the Monday through Thursday hosting duties. McIntyre will swap places with Jackson and host the Friday show.

McIntyre made the announcement in the final segment of Thursday's program. He said he'd hoped to be able to continue hosting after being hired as the station's executive editor last month, but that the rigors of the leadership role will prevent him from applying the time and energy necessary.

Jackson, a Pittsburgh native and longtime TV and radio anchor, is a Black man, and McIntyre noted that in addition to Jackson's extensive journalistic credentials, he will add important perspective during a time of social unrest over racial injustice.

Both Jackson and McIntyre praised the dedicated producers who work behind the scenes to book guests and organize research for the daily news program. Managing Producer Amy Cummings, Coordinating Producer Rachel Rood, and Producers Leigh Barr and Drew Maziasz will continue in their roles, creating "thoughtful, engaging" daily programs and providing consistency to a morning show that offers some of the freshest and most in-depth commentary on regional topics du jour.

Jackson said that as host, he wanted to keep the lines of communication with the community open and bring in new voices that reflect his own sources and experiences. He compared the show to the 24-hour endurance car race at Le Mans, and said he felt like the third driver after original host Dan Moulthrop and then McIntyre.

"The car's been doing 200 for about six hours now, and it's running great," Jackson said. "We have great people changing the tires, fueling the vehicle, and it's going to continue to fly as it always has. I'm thrilled to be the one grabbing the steering wheel."

After the long Holiday weekend, Jackson will officially take over Tuesday, July 7.