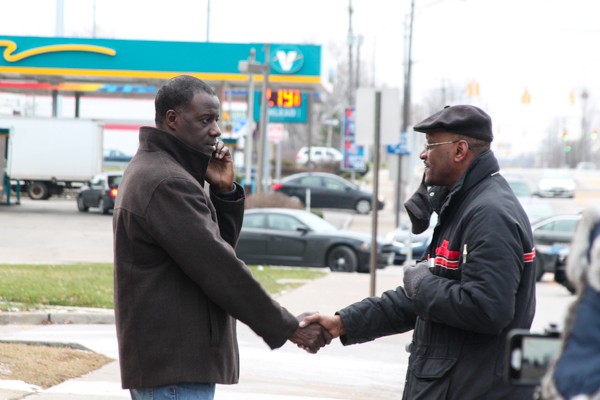 Cleveland Police Chief Calvin Williams and Mayor Frank Jackson swore up and down Tuesday that Williams was not a liar.

"I don’t have a need to lie," said Williams in a teleconference, referencing erroneous claims he'd made about the May 30 George Floyd demonstrations downtown. "Any statement that I give is based on information that I had at the time."

Much of that information, though, as cleveland.com's Cory Shaffer and others have documented, has turned out to be incorrect.

Scene observed that all this incorrect information has been incorrect in the same way, i.e., it has been in service of the police narrative. Williams' various assertions — that protesters "breached the Justice Center," for example, or that they threw rocks and urine at police officers, or that they ignored orders to disperse, or that the looting and vandalism was instigated by "out-of-state" agitators — all of which have been challenged or disproved outright by surveillance video and the accounts of those in attendance, depicted protesters as the aggressors on May 30.

Williams likely embellished the actions of those demonstrating against racism and police brutality in order to justify, after the fact, the violent police response and the militarized curfew the following week. The police response and the curfew, incidentally, have cost the city's overburdened budget more than $3 million in overtime.

On the Tuesday call, Jackson kept repeating that Williams "is not a liar," a strenuous denial that unfortunately does not rise to the level of refutation, which would require some evidence. Neither Jackson nor Williams provided any examples to show that the Chief had not lied, an email or audio recording, say, which would show that Williams had reason to believe protesters breached the Justice Center. If the so-called "information [Williams] had at the time" showed a breach, where is that information? How did Williams come by it? And when it was shown to be incorrect, why didn't he immediately change his story?

Williams wouldn't even admit, Tuesday, despite surveillance video and conflicting testimony from County Sheriff Dave Schilling, that he was incorrect in stating protesters had breached the Justice Center.

At this point, the police chief is no longer entitled to the benefit of the doubt. The overwhelming likelihood — based on all the available evidence — is that he lied, and did so repeatedly. If the total substance of his denial is that he "had no need" to lie, it's a very weak one indeed. Obviously, he had good reason to embroider events, to make his officers look like the heroic underdogs defending a public building.

(For any enterprising, wisecracking young reporters out there: It might be fun to file a public records request for police text messages and emails on May 30 to see how many references there were to the film 300.)

Like anyone, Williams deserves the opportunity to defend himself against allegations that he lied. But it is no longer a question that his account was wrong, multiple times over. A legitimate defense would now have to include evidence of how and why he believed his erroneous assertions, and was confident enough in their veracity to communicate them to the public and the press.

Williams said that the police are now in the midst of conducting a review of May 30, which will be made public upon its completion. It's unlikely that this review will include a defense of Williams' erroneous claims. The most obvious reason is that there is no defense. Plus, the review is being conducted in-house, so the Williams material will surely be set aside in favor of meticulous accounts of destruction of police cruisers and so forth.

Besides, this is merely the court of public opinion. Jackson and Williams are no doubt confident that their blanket denials will suffice. They'll move on with zero consequences. Williams can probably count on a promotion.