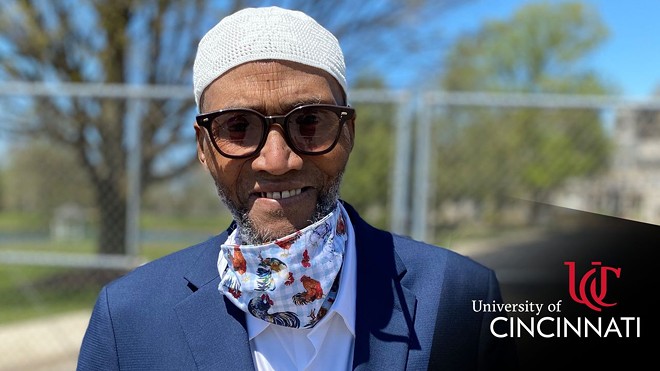 Update: The Eighth District Court of Appeals denied Cuyahoga County's motion to seek an appeal of the order giving Isaiah Andrews a new trial. A new trial date has not yet been set.

Andrews remains on house arrest with GPS monitoring. Cuyahoga County Common Pleas Judge Robert McClelland has not yet ruled on the Ohio Innocence Project's motion, which the county prosecutor's office has opposed, to have those restrictions removed while he awaits his day in court.

(Original story 6/26/2020): Last month, Cuyahoga County Common Pleas Judge Robert McClelland granted Isaiah Andrews' request for a new trial in connection with the 1974 murder of his wife, Regina Andrews, for which he was convicted.

The judge's decision came after undisclosed evidence surfaced that Andrews' lawyers say was never provided to his original defense team that showed Cleveland police had originally arrested another suspect for the murder, information that never made its way to trial.

No physical evidence tied Andrews to the crime and he was convicted on the basis of shaky eyewitness testimony from a maid and short-term tenant of the Colonial House Motel on Euclid Ave. near East 30th, where the Andrews had been staying after getting married three weeks earlier. He told police he had been out all day on Sept. 18, 1974.

"This is probably the most egregious Brady violation I have seen," Brian Howe of the Ohio Innocence Project, which represents Andrews, told Scene at the time. "The wrong person went to prison in 1974. The person who was originally arrested went on to wreak havoc in this State for another thirty years. It might be impossible to ever make this right, but today is a first step towards trying to get some justice for Mr. Andrews."

Andrews, now 82 years old, was released from prison on bond shortly thereafter with all due haste considering his age and the rate at which COVID-19 was tearing through jails.

The office on May 27th filed a motion for leave to appeal, asking the Eighth District to allow the state to file a full appeal of McClelland's ruling ordering a new trial. The arguments put forth in the motion aren't entirely compelling. Citing the age of the case, and the fact that many of the prosecutors, attorneys and other law enforcement who worked the case are now dead, the prosecutor's office claims it's impossible to tell if the original defense team was in fact alerted to the existence of the alternate suspect, Willie Watts.

"For perspective, Andrews’s trial occurred before construction of the Justice Center was completed and well-before ‘open discovery’ was adopted in Ohio. The parties’ ability to establish what the trial prosecutor orally told trial defense attorneys 45 years ago is understandably limited. The lead prosecutor is now deceased as is one of the trial defense attorneys. The determination that the State suppressed evidence about Willie Watts is based entirely on the fact that Willie Watts was not mentioned in the trial transcripts," the state argued.

“This isn’t just about a few bad apples in 1974, where we look around and point to how things have improved. Prosecutors may not have known about this in 1974, but they know about it today, and they’ve chosen to defend and support what happened," Brian Howe told Scene. "They insist that they had every right to cover up evidence against Watts.”

Additionally, they claim there was no known connection between Watts and the victim, which ignores the plausible explanation that there was none and this was a random act of violence or the possibility Andrews' lawyers could have investigated any ties before the original trial.

The Ohio Innocence Project argued in a reply motion that not only is this a clear Brady violation, but that the motion for leave should be rejected in the interest of as quick a fair trial as Andrews can be delivered after waiting nearly five decades for the chance.

"The State’s request for discretionary appeal presents no novel issues of law or fact, and nothing in the State’s motion shows that it was an abuse of discretion to grant Isaiah Andrews a new trial," Andrews' defense team said in the motion. "To the contrary, the State’s two main arguments—(1) that there was no affirmative evidence of suppression and (2) that Watts had a “partial alibi” for the murder—depend on misrepresentations of the record, and both arguments were properly rejected by the trial court. The Brady standard itself requires only that suppressed evidence present a 'reasonable probability' of affecting the outcome, and that standard was easily satisfied here. Given the strength of the suppressed evidence in this matter, it would have been an abuse of discretion to do anything but grant Andrews a new trial."

If that wasn't bad enough: Andrews is currently on house arrest and GPS monitoring. The Ohio Innocence Project has filed a motion in Cuyahoga County Common Pleas Court to have those restrictions removed in advance of a new trial. The Cuyahoga County Prosecutor's Office has vigorously opposed. Judge McClelland has not yet ruled on the matter.

“Police hid exculpatory evidence in this case for 45 years while Mr. Andrews sat in prison. Forty-five years he has been waiting for a fair trial. He’s 82 years old in the middle of a global pandemic. He doesn’t have unlimited time left. He just wants to have his day in court. There’s no good reason for the State to push to keep an 82 year old man on house arrest," Howe told Scene. "This is not about safety or making sure he appears for trial. It’s punitive.”