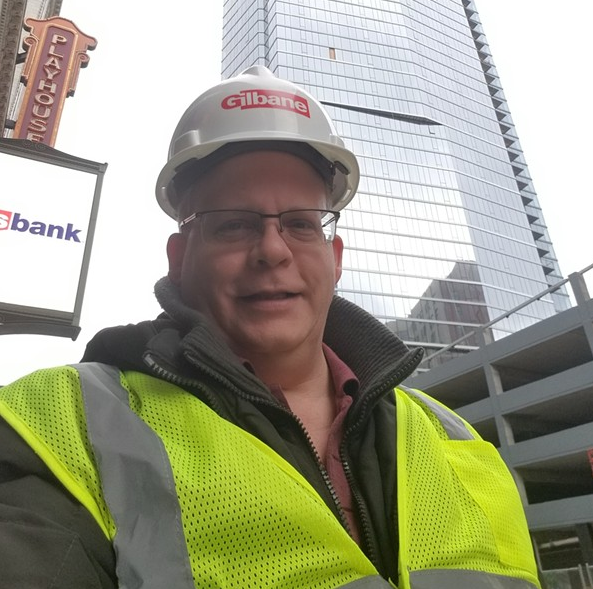 The biggest news in Cleveland last fall was that Sherwin-Williams, the Fortune 500 company founded in Cleveland in 1866, was going to build a new headquarters somewhere, having outgrown its footprint downtown next to the Cuyahoga River.

When the September 2019 announcement came, confirming long-swirling rumors, the city and county had reason to believe Sherwin would opt to stay home, but officials and civic leaders were nevertheless put on the defensive as the paint giant entertained overtures from Atlanta, Chicago and other cities. That, of course, was both due diligence ahead of a billion-dollar project that would serve as Sherwin's home for the foreseeable future and part and parcel of the long-standing game wherein companies play municipalities off each other to squeeze every last possible cent of public subsidies and incentives out of the decision.

For Cleveland, it was a must-win battle.

For Sherwin-Williams and assorted leaders and lawyers, it was a closely-guarded secret.

For reporters at local TV stations, Crain's, the Plain Dealer and Cleveland.com, the decision on the location of the new HQ was the biggest possible scoop to score.

On his NEOtrans blog, Prendergast broke the news in mid-October that Sherwin-Williams would be staying in Cleveland, weeks before Cleveland.com or Crain's published stories, and later broke the news that Sherwin-Williams would build its HQ on Public Square, again, weeks before the established media outlets in town. (Sherwin itself finally officially announced the news on Feb. 6.)

It was by far the biggest scoop of Prendergast's blogging career.

"I could probably write a short book on how that all came about," he tells Scene. "It was a journalistic spy game. There are certainly people at Sherwin that if I was introduced to them, they would punch me, and there are people that would lose their jobs if someone found out they talked to me. The problem is, there's no one leak there. Probably more than two dozen people were talking to me. It started with one guy, who is not a bullshitter, who told me they were planning on building a 40-story HQ in downtown Cleveland. I started calling people who were connected, and they told me they weren't hearing that. But I believed in this guy and the more I wrote about it early on, the more people were reaching out to me. And of course, Sherwin-Williams was following the blog every day."

Anecdotally, Scene has indeed heard that as NEOtrans was laying out every step of the discussion and negotiations, oftentimes as they were happening, top execs were at least mildly interested in ferreting out who the hell was giving this blogger all the details.

From reporters on the beat, there was a mix of reactions to Prendergast's scoop. Some thought he was out on a limb with loosely sourced rumors. Others, with direct lines to top Sherwin execs, claimed he got lucky. Among all, it was generally acknowledged that because Ken is a one-man blog shop, he can run with information that a daily newspaper or trade mag wouldn't be able to go on without more official sourcing. One pointed out that Ken was wrong about the R&D facility being located on the Scranton peninsula, but theorized that with all the inside details he was publishing, he might have been fed some misinformation along the way.

Say what they will, Ken nailed it.

And it wasn't anomaly or a lucky get. NEOtrans has, in recent years, landed scoops on Amazon, local developments like the timber project in Ohio City across from the West Side Market, and hosted stories detailing the give and take, on-again off-again negotiations that form the scuttlebutt foundation of the gossipy commercial real estate and development sphere.

And yes, anonymous sourcing plays a role in landing those stories.

"I prefer to have people on the record," he says, "but part of my theme is to try to get it first and get it right. There's always a risk of errors when you're putting it out first, and you have to be careful."

Delving into a specialty area as an amateur blogger can yield dividends, even in an area like development in Cleveland that's covered by the daily, Crain's, and at various times by Scene. For Prendergast, whose former professional career included working for Sun Newspapers and then reporting on transit-oriented projects, his experiences helped him build a network, and that network has helped NEOtrans fill a niche.

"I was a staff writer for Sun for 20 years, and my last beat was Cleveland City Hall, and I was still covering some neighborhood news on a freelance basis until 2013," he says. "I had begun working as the executive director of All Aboard Ohio, which promotes transportation and rail improvements, and unfortunately I started right around the time the governor gave $400 million in free federal money [for state rail projects] back, so our membership dropped in half. I managed to get more into public transit advocacy and transit-oriented development."

NEOtrans was originally created by All Aboard Ohio to share news on that front. As he worked on stories, Prendergast found he was often the first to stumble onto projects.

"I just started summarizing some of the developments that were popping up," he says. "In the early years, I'd write maybe 3-5 articles per year, taking a holistic view of TOD because at that point I don't think people were aware of the scale of what was happening. And one thing led to another. I started writing about individual projects. Five articles a year became five articles a month, and not necessarily writing about developments connected to transit. By 2019, the site started making a little bit of money and I asked if All Aboard Ohio could transfer it to me, which they did."

And, as he expanded his network, landing new sources, Prendergast kept scoring scoops outside of the transit-oriented world.

"That happened in particular with Amazon at Euclid Square Mall," he says. "I had a source who told me about it. I thought, should I even put this up since it's not transit? But, damn, it was too good not to write about, and no one had it yet."

Readers, and followers of his on the Urban Ohio forums, have since been treated to stories large and small on nuCLEus, closed flour mills, far-out plans for minor league soccer stadiums, high-profile plans for the west bank of the Flats, Scranton Peninsula, more tidbits about Amazon's Northeast Ohio designs, apartment projects on the east and west sides, and more.

"I think I'm filling a journalistic void," he says. "Part of that was when Michelle Jarboe [now at Crain's] was on maternity leave at the Plain Dealer. I tried to kick it into high gear then, and that's when a lot of the Sherwin-Williams stuff was happening. Part of what makes an enterprise successful is timing, and that was good timing for me. With what [Cleveland.com] does, what Crain's does, what WCPN does, in terms of news, I've also been able to get some stuff out there in this position over the years."

A lot of that is dependent on sourcing, in other words who is and who isn't willing to talk about what they have going on. And a lot of it is plans that might never come to fruition.

"Sometimes I get the information early in the process, and most projects don't become reality," he says. "When that happens, I think a lot of Clevelanders think, 'Woe is us.' But most projects don't become reality. That's not just Cleveland. You have an idea, you develop the idea, and sometimes it fails and someone builds it out further. Sometimes I hear about ideas before they're ready for primetime, but I'll have enough documentation and the land's been bought and I can share that. But that doesn't mean developers don't have their own way of proceeding. Sometimes they buy it and they want it out there. Sometimes they don't. Sometimes they want to promote this or that. Other developers don't want you to know something until they're ready to turn dirt, because that's how they operate and things can get screwed up."

But those conversations, even or especially for projects that have halted, stalled, or pushed the envelope forward for someone else, have a place in the coverage. Explaining why something didn't work, or didn't work in its time, helps frame what might be possible going forward.

As for what's possible going forward, he can, as regular readers might note, come off pro-incentive, pro-subsidy, pro-developer, for sure, but he likes to remind everyone who will listen that, "Cleveland is the 15th-most expensive city to build in and has the 3rd-cheapest office rent. How do you [build] when the economics are the way they are?"

But he'll also remind you that, "One of the biggest problems we have is spatial disconnect between jobs and job seekers. A lot of the new jobs in the last 50 years were in places where the people who need jobs don't live and the transit doesn't go there. There's a public benefit to providing some of the incentives so we build jobs where everyone can reach them, whether those are office jobs or janitor jobs, they're accessible."

Cleveland is an old city, and the buildings and the ground beneath them have stories to tell of the people and businesses that came before. Throughout his work, Prendergast ably weaves what we're talking about now with what came before, so that we understand how we've arrived at this moment, or why a property might deserve more than a superficial look.

Take this bit from a recent piece on the possible sale of the Rockefeller Building.

"The Rockefeller Building wasn't built all at once; it was built in two stages over the seven years. Most of the building was built in 1905 but was expanded west along Superior by 1910. Total cost was $1 million. Rising to 17 stories, the building was Cleveland's tallest at the time and built in the 'Sullivanesque' architectural style — named after Louis Sullivan, called the father of skyscrapers.

"Covering the lower floors of the Rockefeller Building is a cast-
iron tapestry of organic-geometric ornaments, likely an homage
to architect Louis Sullivan's Guaranty Building in Buffalo (KJP).
Sullivan was a mentor to Frank Lloyd Wright; but Sullivan's mentor was Cleveland architect John Edelman whose lone remaining work product in Cleveland stands at 1350 W. 3rd St., wrapped in 1960s modernism. It is also the only remaining structure on the Superblock purchased by Sherwin-Williams for its headquarters."


"I try to give a sense of place," he says. "We have history in Cleveland, and even the bad history is interesting."