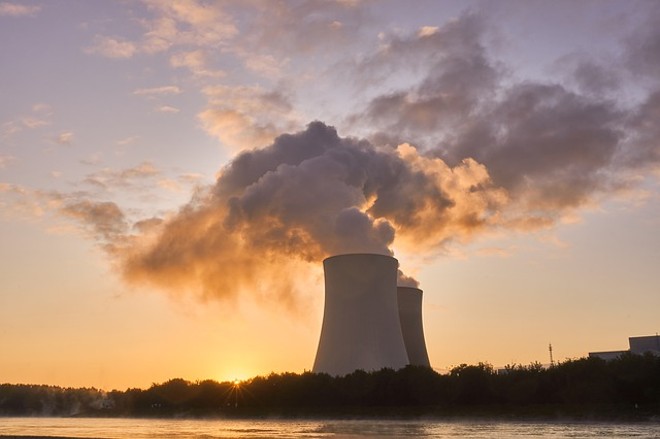 The legislation, which in addition to saddling ratepayers with subsidies for aging nuclear infrastructure also rolled back renewable energy standards, was revealed yesterday to be the crown jewel of a $60 million bribery scheme orchestrated by Ohio House Speaker Larry Householder and FirstEnergy. Householder and four others were arrested Tuesday for their roles in the alleged scheme.

“Yesterday’s corruption charges revealed a direct link to the passage of HB 6,” said O’Brien, in a statement provided to the media. “Policies enacted under the umbrella of bribery and corruption are inherently harmful to our state...We cannot in good faith keep laws in place that financially benefit any company engaging in pay-to-play."

Senator Stephanie Kunze (R-Hilliard) will be a joint sponsor on the legislation.

On the House side, local State Rep. Mike Skindell and Warren Democrat Michael O'Brien also intend to introduce legislation repealing HB6, saying that corruption has no place in Ohio government and that the fraudulent bill was the product of "decades of one-party rule."

Skindell and other statehouse legislators, including skeevy Republican John Becker himself, have called for Householder's resignation in the wake of Tuesday's allegations, announced by U.S. Attorney David DeVillers.

“As [DeVillers] indicated, this investigation is ongoing, and we will wait to hear all the facts as they emerge," said Ohio Democratic Party Chairman David Pepper, in a statement. "However, given what was revealed in [Tuesday's] complaint and the taint of corruption over Ohio legislative activity, we believe Speaker Householder should step down from leadership immediately as he avails himself of his due process rights

“Our greatest hope for Ohio is that those officials who have defrauded the taxpayers and abused the people’s trust finally have a moment of accountability, whether that comes from the legal system or at the ballot box this November.”

HB6 will provide $1.3 billion to two nuclear power plants operated by the former FirstEnergy subsidiary Energy Harbor (formerly FirstEnergy Solutions) and will make Ohio one of the worst states for renewable energy in the country. Long before the FBI allegations Tuesday, the legislation was recognized as a corrupt fraud, fueled by dark money and thuggish tactics to prevent a voter referendum. It was opposed by a wide and sundry swath of Ohio organizations. Still, Gov. Mike DeWine said Wednesday that he's opposed to the legislation's repeal.

In a press conference, DeWine described House Bill 6 as "good policy." That's the sort of brain dead assessment that erodes faith in government almost as much as the legislation itself. Predictably, DeWine has received more than $40,000 from FirstEnergy's political action committee since 2011.