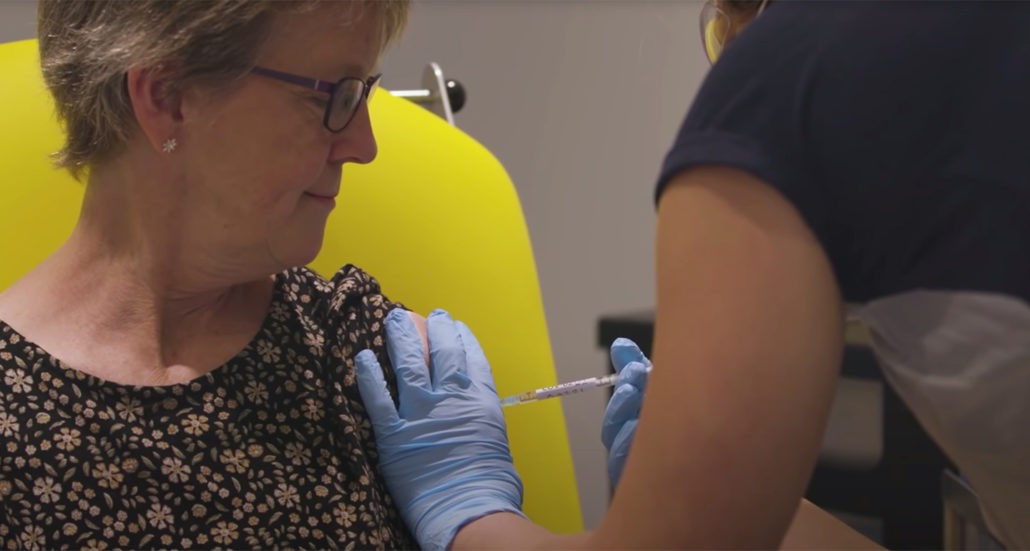 More coronavirus vaccine candidates have passed initial safety tests and induce immune responses that might protect against the virus.

All volunteers in a small clinical trial who were given an experimental vaccine developed by researchers at the University of Oxford made antibodies against a protein the virus uses to break into cells. Those participants also produced immune cells called T cells that are important for long-lived immunity, the researchers, working with the global pharmaceutical company AstraZeneca, report July 20 in the Lancet.

Levels of neutralizing antibodies, which can block viral entry into cells, were at levels on par with those from people who have recovered from COVID-19. No serious side effects were seen, particularly when volunteers took acetaminophen after getting an injection.

“The results so far are encouraging,” says Mark Poznansky, a vaccinologist who directs the Vaccine & Immunotherapy Center at Massachusetts General Hospital in Boston who was not involved in the study. The researchers won’t truly know whether the vaccine is safe and effective until many more people get it.

Work on other viruses suggests that neutralizing antibodies and T cells in people’s blood should offer protection against infection or serious illness. But “a fundamental point about COVID-19 is that we don’t yet know what constitutes a protective [immune] response to the virus,” Poznansky says. “We’re not yet 100 percent clear about how those antibodies contribute to protection in the context of a vaccine.”

The AstraZeneca/Oxford vaccine starts with a chimpanzee adenovirus engineered so that it cannot replicate itself, making it safe to use. The virus can infect human cells, and delivers DNA instructions for making the coronavirus’ spike protein — the knobby protein studding the virus’s outer shell. Once inside a human cell, the DNA integrates, and the cell produces the spike protein, which the immune system then gears up to attack by producing antibodies and training white blood cells known as T cells to recognize the coronavirus.

This delivery system was used to make a still-experimental vaccine against the coronavirus behind MERS, so researchers at Oxford were able to quickly design the new vaccine.

In the clinical trial, more than 1,000 healthy adult volunteers ages 18 to 55 got either the new coronavirus vaccine, called ChAdOx1 nCoV-19, or a vaccine against meningococcal bacteria. The meningococcal vaccine is safe and was used as a comparison group instead of a placebo so that volunteers got sore arms and other side effects that wouldn’t give away that they were in a comparison group.

Side effects to the coronavirus vaccine include pain at the injection site, fatigue, headache, muscle aches, chills and feeling feverish. Most of those were reduced when volunteers took acetaminophen.

After one dose, 32 of 35 participants for whom data are available had neutralizing antibodies against the spike protein. After two doses, all 35 had the antibodies, the researchers found. How long any protection from those antibodies lasts is not yet known.

Although most people made antibodies after a single dose of vaccine, the researchers plan to give two, high-dose injections in further efficacy trials. “We want to maximize our chance of getting an efficacious readout,” Mene Pangalos, AstraZeneca’s Executive Vice President of BioPharmaceuticals R&D said July 20 in a news conference.

Almost 200 vaccine candidates are in the works, with more than 20 in clinical trials around the world, according to a vaccine tracker maintained by the Milken Institute think tank. A vaccine candidate devised by the U.S. National Institute of Allergy and Infectious Diseases and the biotechnology company Moderna, based in Cambridge, Mass., also recently reported safety and antibody data (SN: 5/18/20). That mRNA vaccine candidate was the first to be tried in people.

Clinical trials of other vaccine candidates are finding similar promising results. CanSino Biologics Inc., a company based in China, previously reported early safety data on its hybrid adenovirus vaccine (SN: 7/10/20). That vaccine has already been approved by the Chinese government for temporary use by its military. The company also reported data from a larger, Phase II safety trial of more than 500 volunteers on July 20 in the Lancet. A high dose of the vaccine produced severe side effects such as fever in 9 percent of volunteers, but a lower dose produced a severe side effect in only 1 percent of people. Both types of doses stimulated antibodies and T cells against the virus.

And global pharmaceutical company Pfizer working with the German biotech company BioNTech also reported preliminary results July 20 at medRxiv.org of a 60-person clinical trial in Germany. Like an earlier U.S. study of the vaccine, the companies report that two doses of their mRNA vaccine appear safe and stimulate antibodies. The new study shows that the vaccine also produces T cells against the coronavirus spike protein.

Both CanSino and Pfizer say they will begin Phase III clinical trials to test for efficacy.

AstraZeneca and Oxford have committed to providing 2 billion doses of their candidate vaccine should it be shown to work. Phase III clinical trials to further test that vaccine’s efficacy have begun. In the United Kingdom, almost 10,000 volunteers have been vaccinated. In Brazil, a 5,000-person trial is under way, and a 30,000-volunteer trial is set to begin in the United States by the end of July. How soon scientists know how well the vaccine candidate works depends upon infection rates in communities where the studies are taking place.

“It’s the irony of ironies that where the virus spread is out of control may be the optimal place to test the vaccine,” Poznansky says.

Researchers need a sufficiently high infection rate to make sure that differences between vaccine and comparison groups is really due to protection from the vaccine and not just because the vaccinated volunteers never encountered anyone with the virus.

Further results from these and other vaccine candidate front-runners may be known by the end of the year.