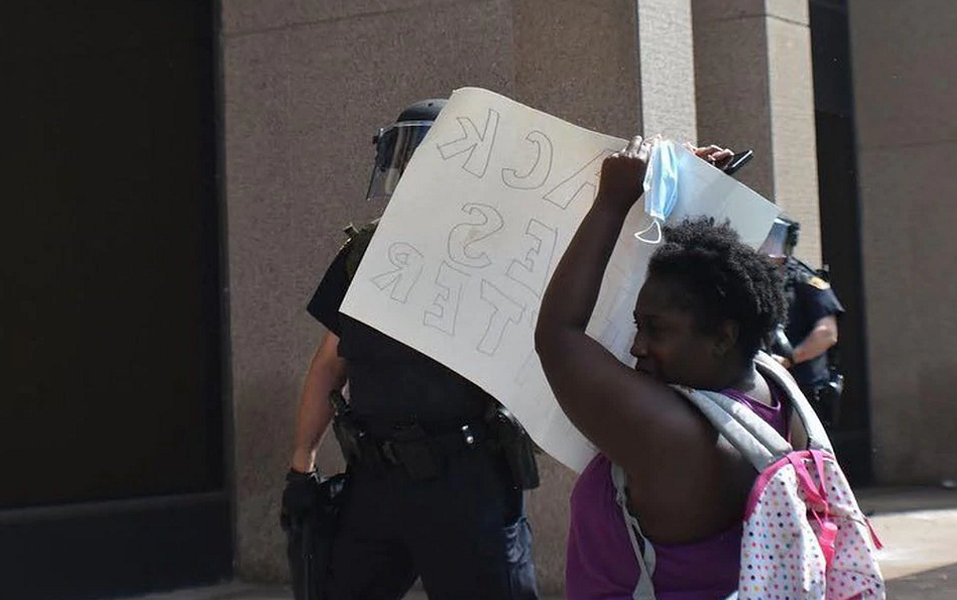 After video emerged the weekend of the George Floyd protest in downtown showing Cleveland police officer John Kazimer hitting a nonviolent protestor with his baton for no apparent reason, the Cleveland police union attempted to rationalize Kazimer's actions.

“He was not prepared nor supposed to be on the front line,” CPPA president Jeff Follmer told Cleveland.com. “He was put in that position, which he did not have the proper equipment for.”

One hesitates to think what he would have done with the proper equipment.

The victim in the incident filed a federal civil rights lawsuit against Kazimer.

“This action is important as it seeks not only to hold Officer John Kazimer accountable, but to also expose the utter failure by those in leadership positions to properly address needed police training, including supervision of lawful protests,” his lawyers said in statement last month. “This case highlights the need for meaningful police reform at so many levels.”

It wasn't the only time that afternoon Kazimer used force against a peaceful protestor, it turns out.

WEWS Channel 5, which caught the first incident on video, also shared photos from a protestor allegedly showing Kazimer using pepper spray against Jaleesa Bennett, who has also now filed a civil rights lawsuit against the officer.

She did nothing to invite the attack, the lawsuit says, besides display her First Amendment rights.

“This case perfectly highlights why there is such distrust toward police departments,” Bennett's attorneys Ian Friedman and David Malik told Cleveland.com. “An officer breaks the law twice on camera, physically harms people and remains a police officer. One would be hard-pressed to find any other profession where an employee breaks the law like Officer Kazimer, yet remains protected by a union and not immediately fired.”

The George Floyd protest in downtown Cleveland has been the subject of robust reporting here and in Cleveland.com that has showed officers fired tear gas and flash grenades despite an unclear dispersal order and despite vastly peaceful demonstrations. Reporting has also showed Cleveland Police Chief Calvin Williams' claim that attendees attempted to breach the Justice Center was not, in fact, a truthful statement.