Op-Ed: Cleveland is an Epicenter for America's Trans Murder Crisis 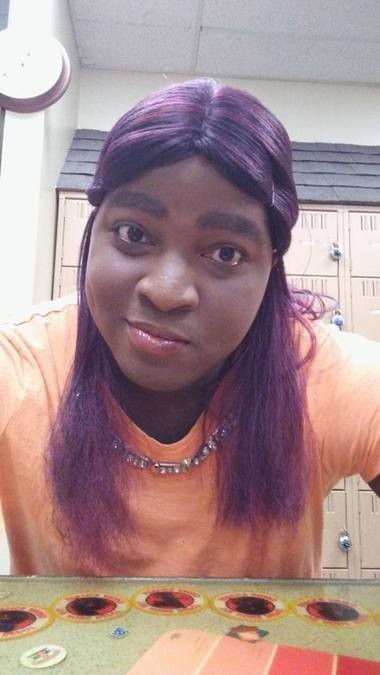 Clevelander Brandi Bledsoe was living her best life. Brandi had come out to her family and friends as a transwoman just two years prior. Since that time, the 32-year-old had been pursuing her passion for artistic animation.

Sadly, Brandi never got to live her dreams. In October 2016, a 5-year-old boy found Brandi’s body while riding his bike. Whoever killed her had stripped her to her underwear, tied plastic bags over her hands and head, slayed her, and left her remains behind a home near East 108th St.

Brandi followed four other trans women killed in Cleveland since 2012: Skye Mockabee, 26, Brittany-Nicole Kidd-Stergis, 22, Betty Janet Skinner, 52, and Cemia Dove Acoff, 20, whose body was tied to a piece of concrete and dumped in a pond. Since 2016, Cleveland has lost three more of our trans neighbors: Phylicia Mitchell, 46, Keisha Wells, 58, and Claire Legato, 21.

With eight recorded violent deaths in as many years, Cleveland is an American epicenter in the Trans Murder Crisis. The crisis targets individuals surviving at the intersections of systemic oppression, including transphobia, homophobia, misogyny, and racism. Indeed, that seven of Cleveland’s eight known slain trans neighbors were Black women underscores white supremacy’s responsibility behind the violence.

To understand intersectional oppression, it’s important to see how hatred compounds upon itself, thus robbing the afflicted of subsequent protective factors. For instance, we can see the deadly effects of transphobia, homophobia and misogyny before factoring race, such as in the tragic murders of trans teen Nikki Kuhnhausen and asexual teen Bianca Devins in 2019; the popular social media gamer’s murderer posted pictures of her mutilated body, which went viral and were celebrated online.

Now take the deadly effects of transphobia, homophobia, and misogyny, and add racism on top of it. Imaging feeling that the police are more likely to kill you than help you. Imagine a world filled with hostile hospitals, food apartheid, lead poisoning, and redlining. Imaging living as a Black trans woman in a city that is the worst in the U.S. for Black women broadly.

These are the realities of systemic racism, along with the anti-Black violence that it creates. Indeed, anyone informed of America’s shameful history of lynching during Jim Crow should see how lynching in the U.S. continues through the unabated murder of our Black trans neighbors during New Jim Crow. This visceral hatred killed both Muhlaysia Booker, 23, who had survived a brutal mob beating only to be gunned down a month later, and Monica Diamond, 34, shot dead as she received medical treatment in an ambulance, surrounded by first responders.

The U.S. “justice” system is also to blame, such as in the police shooting of Black transman Tony McDade, 38. We must also recognize the role of mass incarceration, America’s modern form of enslavement, in killing trans people of color like Penélope Díaz Ramírez, 31, who was beaten and hanged in an all-male prison, and Layleen Polanco, 27 – left to die in solitary confinement. Such deaths reverberate throughout America’s tight-knit Black and trans communities, often setting off waves of subsequent suffering and even suicides.

Lack of public interest, coupled with chronic misgendering and misreporting by police and press alike – along with a general refusal to treat such killings as hate crimes – have concealed the true magnitude of this crisis. Instead, the victims themselves are often demonized and mischaracterized. Still, a few activists and organizations, including TransGriot and PghLesbian Correspondents’ In Memoriam blog, have worked valiantly to record and represent our slain neighbors with dignity.

Following a careful analysis of the In Memoriam site, Cleveland has more known references of transphobic killing than any other city in the U.S. since record keeping began, followed by seven in Philadelphia, and six in both Baltimore and Dallas. On a state basis, Texas has 17 recorded killings, followed by Ohio with 15 and Florida with 14 since 2013.

As a military veteran who returned to Cleveland to make a life here, this breaks my heart. We are a good city, made of good people, but we are better than this. Yes, we must blame the violent individuals who murder our neighbors, along with the vast hate group ecosystem in the U.S. – from the Aryan Nations to the Alliance Defending Freedom, according to the Southern Poverty Law Center – who empower and validate such violence. However, we also have to hold our own selves accountable in combating this crisis.

Systemically, this means reforming our police and public sector and building better journalistic standards, but is also means small acts of fairness everyday – such as offering a job or an apartment to the best applicant, even if they aren’t as white or straight as you had assumed, or calling out bigotry and bullying at work, at home, and in school. We all own this crisis, and we can only stop it together.

Finally, to my fallen trans siblings, I have but this small prayer of parting, through which I hope to bring some solace on this painful planet:

“Farewell, my loves.
Though I never knew you in life, I mourn your loss with bitter tears and wounded spirit.
And yet, your enduring beauty, courage, grace, and strength live on. Your truth lives on.
Though this world hurt you, it will never silence you.
Rest in Pride, our loves, rest in Power.”

If you or someone you know needs support, please visit The LGBT Community Center of Greater Cleveland’s resource page or call (216) 651-5428.