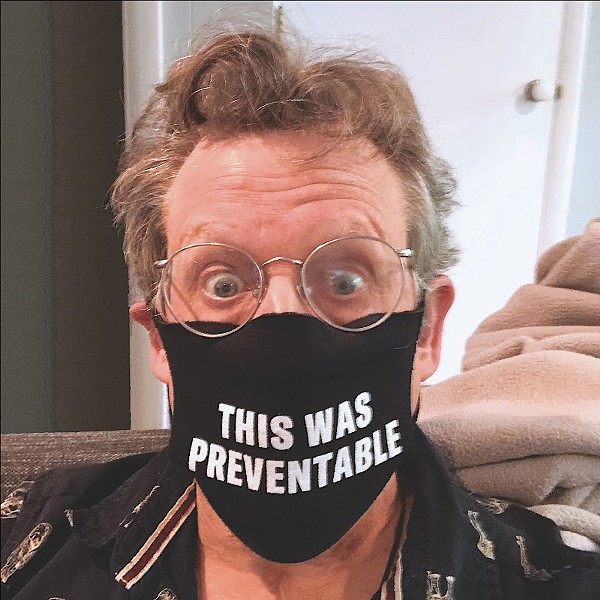 Singer-songwriter Will Rigby lived in town for a short time and befriended the Clevelanders who run Blue Arrow Records while he was here. During that time, he also married fellow singer-songwriter Florence Dore, who was a professor at Kent State at the time.

Rigby and Dore have since relocated to North Carolina, but they've kept in contact with the Blue Arrow folks, who've just issued "Sin Corazón," a jazzy song that finds Rigby taking aim at Trump.

Dore sings backing vocals on the tune that Rigby recorded during quarantine and had mastered locally by Adam Boose at Cauliflower Audio.

"The single and accompanying video are a commentary on the current state of politics in the USA," reads the Blue Arrow press release about the tune.

"Like you, I’m as angry and distressed about what has happened to our country in 2020 as I've ever been," says Rigby in a statement. "Never has our government failed its people as much as it is failing us now. Without losing my sense of humor, I put those feelings to a beat, and I hope that 'Sin Corazón' is received as both entertainment and political broadside. To paraphrase Emma Goldman, just because we’re protesting doesn’t mean we can’t dance. As a nation and as a people, we must and we will maintain our compassion for and empathy with those around us, even as our so-called leader fails the test. It didn’t have to be this way! "