Op-Ed: Don’t Let Donald Trump Convince You That Goodyear is Your Friend

Folks, especially in Northeast Ohio, should rethink the somewhat understandable impulse to cheerlead for a gigantic corporation like The Goodyear Tire and Rubber Company just because Donald Trump made a mean tweet about it.

In the wake of the tidal wave of outrage expressed over The Bad Orange Man’s tweet calling for a boycott of Goodyear after the company banned its employees from wearing Trump-branded “Make America Great Again” attire, a few reminders are apparently in order:

Not least that Goodyear is the same corporation that for more than two decades dumped untold tons of toxic waste basically right into the Tuscarawas River in Akron and right on top of an aquifer that served as a major source of drinking water for the residents of the highly populated working class neighborhoods within a 4-mile radius of the dumping site.

Goodyear’s dumping at this site took place between 1943 to 1966, but nothing was done about it until the early 90s, when EPA testing found that the groundwater was still contaminated with toxic waste.

This issue is admittedly personal to me, as my mother (born in 1955) grew up in the once-thriving Firestone Park neighborhood just two miles from Goodyear’s toxic waste dump. She’s been bedridden with Multiple Sclerosis for nearly 20 years. Her brother, my uncle (born in 1957), died from complications of MS 15 years ago. And two of their best friends from the neighborhood also have MS, among who knows how many others. This is surely no coincidence. 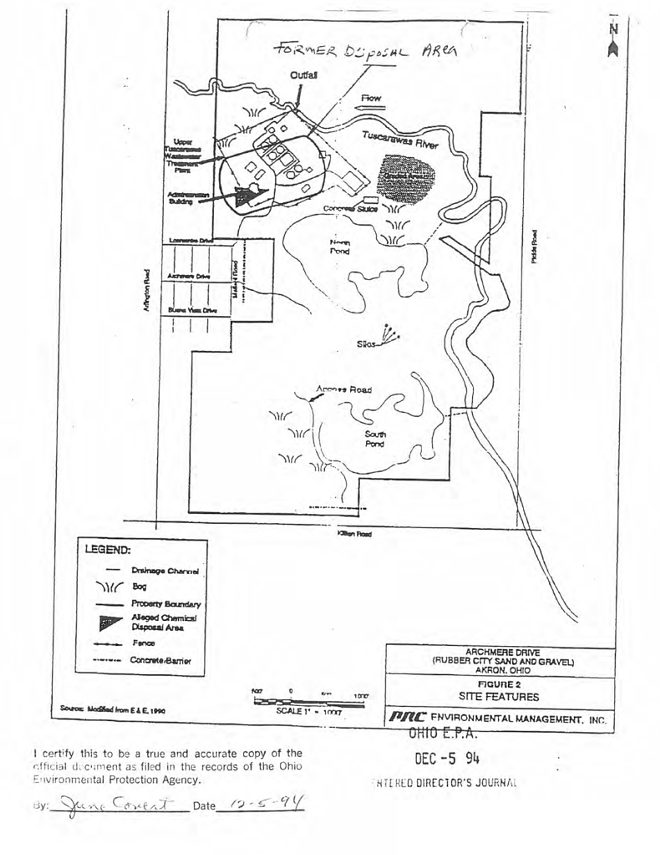 Which of course isn’t even to mention the way that Goodyear joined countless other corporations in abandoning working-class Americans by the millions, further devastating countless neighborhoods like Firestone Park, to exploit cheap labor and weak environmental regulations overseas.

According to a 2015 press release from the SEC, Goodyear paid more than $16 million to settle charges that it “failed to prevent or detect more than $3.2 million in bribes during a four-year period due to inadequate Foreign Corrupt Practices Act compliance controls at its subsidiaries in sub-Saharan Africa.”

And here’s a New York Times report from 1978 explaining how “the position of the companies vis-a-vis the workers has radically altered,” and “Akron will never be the same,” due to Goodyear’s union-busting efforts that led it to abandon its manufacturing operations here.

By 1989, the Times was reporting that Goodyear was “channeling 28 percent of its capital spending, into building or upgrading factories abroad,” a number that’s surely exploded since.

All of which is surely just the tip of the iceberg, but in any event plenty of reason to think twice before you start cheerleading for something just because The Bad Orange Man is against it. This increasingly pervasive phenomenon where something, however bad otherwise, becomes good just because it’s opposed to Donald Trump in some way is a dangerous one that requires more critical thinking on various fronts; including, not least, with respect to a corporate-captured Democratic Party that increasingly seeks to define political virtue as anything slightly to the left of our current President.