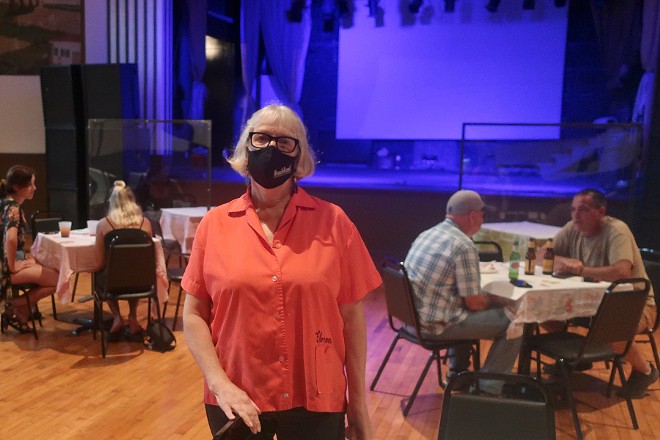 Earlier this year, the Beachland Ballroom and Tavern, the North Collinwood club known for hosting an eclectic line-up of musical acts seven nights a week, celebrated its 20th anniversary with a string of spectacular shows, including indie rock noisemakers the Black Lips, heavy metal singer Geoff Tate and arty rockers Of Montreal.

The club even planned a series of special concerts throughout March to further mark the occasion.

When COVID-19 hit, the shows in late March were either cancelled or postponed, and the club closed in accordance with the governor’s orders banning mass gatherings.

During the downtime, owners Mark Leddy and Cindy Barber have renovated the venue and will re-open this weekend with reduced capacity.

The Beachland will be open from 4 to 10 p.m. on Fridays, Saturdays and Sundays. This weekend, guest DJs will perform. DJ Chris & Heidi Kulscar will man the turntables from 6 to 9 p.m. tomorrow, DJ Rockin' Ed Pauli will take over on Saturday, and DJ MuGG H00ks & DJ BLACK CAT will spin on Sunday.

The club also hopes to host concerts outdoor in its parking lot, but the nearby residential neighbors still have to sign off on that.

A new and expanded kitchen should be up and running in a few weeks. For the time being, the Beachland will serve a limited menu of items (bratwurst, fresh garlic sausage and veggie dogs) cooked on an outdoor grill. The bratwurst, garlic sausage and sauerkraut all come from small businesses in the Waterloo Arts District.

During lockdown, the Beachland crew refinished the ballroom floor and put new carpet on the stage. There will be also be new curtains in the ballroom, and a smaller digital board will be located further back in the ballroom.

“Because we won’t have as many people at the shows, we know we need to up our food game,” says Barber as she sits at a socially distanced outdoor table during last weekend's sneak preview for Beachland friends.

The club's capacity will be capped at about 75 people, and local musicians and DJs will regularly perform. The club also plans to book national touring acts on occasion. Singer-guitarist Samantha Fish and singer-songwriter Alex Williams will perform at the venue on Oct 14 and Oct. 23, respectively.

“We want to stream the concerts too,” Barber says, adding that she hopes to add a permanent outdoor patio. “I’m trying to get funding for the streaming for the Happy Dog, Grog Shop, Bop Stop and Beachland. I’m asking for a grant to buy equipment, so we all have some kind of capability. I don’t even know that we’ll be able to have shows of 500 people in spring of 2021, so the small clubs really have to work together in order to survive."