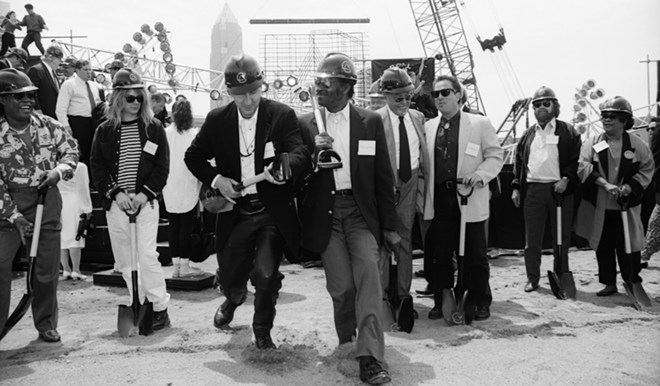 Since 1974, Macoska has photographed acts such as David Bowie, Led Zeppelin, the Clash, Heart, DEVO, AC/DC and the Kinks — most of whom are Rock Hall Inductees. The exhibit at the airport features some of her favorite photographs.

“These special images from my collection give you a front row seat to concerts that took place right here in my hometown of Cleveland, Ohio, along with iconic moments from the Rock Hall’s history, including its legendary opening 25 years ago,” says Macoska in a press statement.

One of rock's most respected photographers, Macoska has photos in the permanent collection of the Rock & Roll Hall of Fame, the Smithsonian Museum of American History and the National Portrait Gallery in London. Macoska was inducted into the Cleveland Journalism Hall of Fame in 2017 and is represented by Iconic Images in London.

The exhibit runs through December 2020 and is in the CLE Airport Public Gallery.