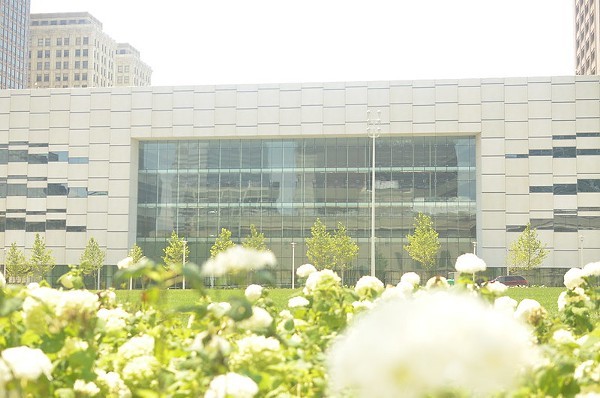 The Global Center for Vacancies and Superized Au Bon Pains, which has since its inception boasted ample empty rooms and floors, will finally serve a useful purpose beyond hosting the occasional area prom and providing downtown workers with decently-priced but generally unremarkable lunch fare.

After taxpayers funded the insane construction costs at the whims of a gaggle of largely inept, visionless leaders some years ago, the boondoggle of a structure has struggled to find a north star. The medical part gambit flamed out in short order, then there was a half-hearted transition to "health innovation," which largely meant giving away leases for literally zero dollars, then a contract with BioEnterprise to manage and market the facility (which had largely been empty despite the free rent), an agreement that ended with the county crying sour grapes and BioEnterprise being served with subpoenas.

Through it all, the Cuyahoga County Convention Facilities Development Corporation, which controls operations at the Global Center, has touted its potential and noted, "Cleveland lags far behind competitors in the availability of meeting room and adaptable space in relation to exhibit hall space, and that additional space would help attract more city-wide conventions to Cleveland."

And given the safety restrictions imposed on us by the pandemic, space is a good thing right now, including for aspects of our criminal justice system.

So, the good news: The Cuyahoga County Court of Common Pleas announced today that it will be using the Global Center for some civil trials and jury selection going forward once jury trials resume on Sept. 21.

See, it was all worth it. And all it took was a global pandemic to make it quasi justifiable.

An added bonus for those serving their jury duty: You don't even have to leave the premises to score a turkey avocado sammie.