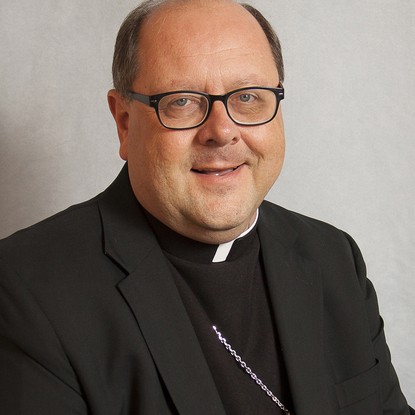 The Catholic Diocese of Cleveland is installing Edward Malesic as its 12th Bishop in a special mass at St. John's Cathedral downtown. (You can watch a live stream of the ceremony here.)

Malesic was appointed in July by Pope Francis and will assume the role lately vacated by Nelson Perez, who was named Archbishop of Philadelphia after less than three years in Cleveland. Malesic, 60, hails from Harriburg, Penn. He was first ordained a priest there in 1987.

The Cleveland Catholic Diocese includes 675,000 Catholics across eight counties. It's a good deal larger than the Diocese of Greensburg, Penn., where Malesic has served as Bishop for the past five years.

Malesic has an Ohio connection to boot. He attended the seminary program at the Pontifical College Josephinum in Columbus back in the 80s. He received a bachelor of arts degree in philosophy in 1983 and a master of divinity in 1987.