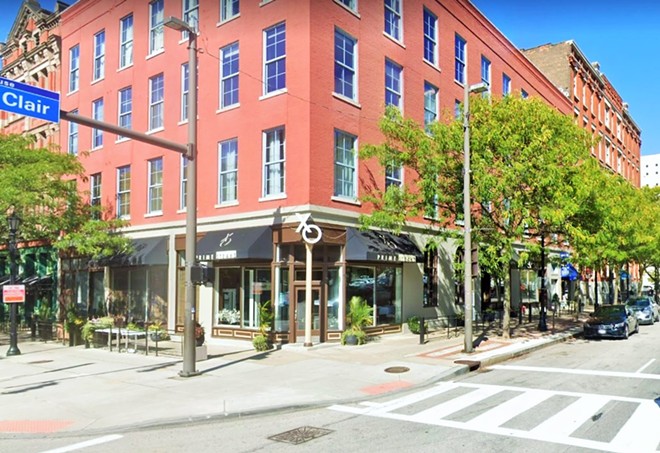 Lola Sema admits that now might not seem like the most prudent time to purchase a restaurant, but she also appreciates how infrequently genuine opportunity comes knocking.

“Yes, it is bad timing, bad timing in every aspect,” admits Sema, who co-owns with her husband Luca Italian Cuisine and Luca West. “But I know that opportunity doesn’t come so often and that if we don’t do it now, we’ll regret it later. So we went for it.”

The “opportunity” in question is the former XO Prime Steaks property in the heart of the Warehouse District. Despite operating a restaurant one mile away, the Semas say that Luca’s location along the Superior Viaduct feels disconnected from downtown Cleveland.

“I’ve been wanting something downtown for a long time,” Sema adds. "Luca and I have worked there for 20 years. We love the city and we don’t feel a part of it where we are downtown; it’s a more remote place where Luca is.”

XO Prime Steaks (originally XO) opened in 2003. Owner Zdenko Zovkic closed the 17-year-old restaurant this past May. The Semas plan on using the next four to six months renovating the space for a future restaurant, but what that concept will be is still unclear.

“Luca and I have a few different plans of what to do with the space, but nothing is final,” Sema explains.

Meanwhile, Luca Italian Cuisine, which will turn 10 in 2023, and the newer Luca West in Westlake both are persevering.

“We’re doing good; we’re surviving,” she says. “Luca West is doing better because we have an enormous patio there. That’s the breadwinner for now for sure.”