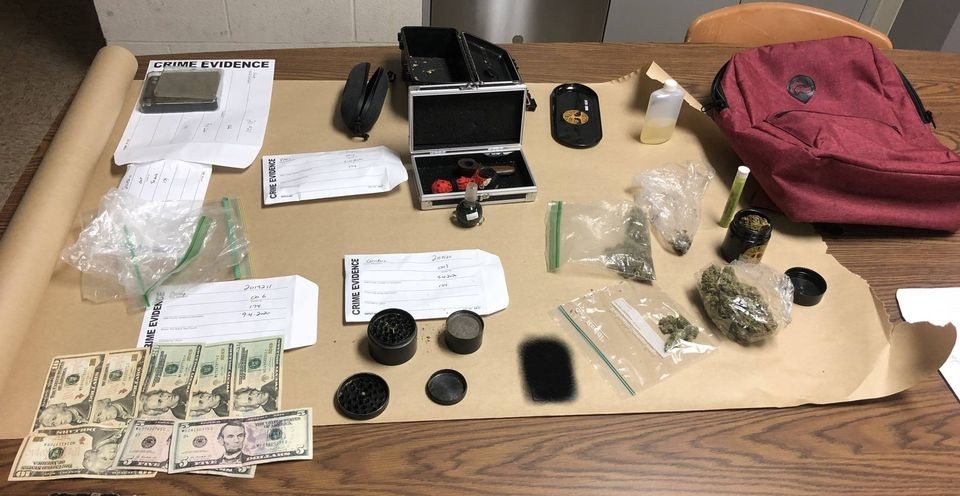 It's a big fucking week for the Willoughby police department.

Bottles popping. Back slaps being exchanged in absolute abundance and enthusiasm. Molds for busts being made, as the staff involved in a recent case look forward to the day they're immortalized forever in the halls of justice. Calls are expected any minute now from Hollywood agents and directors eager to pay top dollar for the rights to produce a big-screen version of recent small-town events that will go down in international history alongside the likes of El Chapo. Needless to say, for generations to come, last week's arrest will be spoken of like a tall tale too utterly far-fetched to be true, but those who were there will know that fiction has nothing on the real-life details.

The announcement of those details came in all capital letters on Facebook, as befitting a delivery as any for this singular law enforcement effort. For this was not a usual bust to be buried. This was one to be trumpeted.

As the world continues to reel from the coronavirus, advocates and government agencies have warned that though our attention is focused on the pandemic, the drug epidemic has not disappeared. Citizens of the cozy east-side suburb, then, would do well to remember that their local police are still out there, fighting to ensure that their friends and family are safe from the scourge of illegal drugs.

And thankful they would be, as they read on in the police department's description of the takedown, soon to be optioned by Netflix, maybe Hulu, who knows.

"On Friday September 4th, 2020 at 10:30 P.M. our patrol division stopped a vehicle as it left the Motel 6 on Maplegrove Road for a traffic violation. While investigating the violation, K-9 Loki was called to the scene and detected the odor of illegal narcotics coming from the vehicle. A subsequent search of the vehicle revealed the source of the odors detected by K-9 Loki," the Facebook post read, teasing the news that would follow and shock the reader just a moment later.

"Seized from the vehicle were 4 bags of marijuana, 3 smoking pipes, marijuana grinders, a digital scale, baggies, fake urine and cash," it continued, too bashful to disclose the insane amount of cash that was confiscated: $100.

"After further investigation, the 19 year old Willowick resident who was the sole occupant and driver of the vehicle was taken into custody. The male was charged with the traffic violation, no operators license and drug trafficking. He was later released and given a court date in the Willoughby Municipal Court."

While the department shared the news on publicly Facebook, it has been shy about detailing the greater community harm the arrest prevented. But sources say at least one person was prevented from getting high and renting Bill and Ted Face the Music for $19.99 on video-on-demand, one father was forced to spend a night soberly reflecting on the challenges of parenthood, one woman was deprived of clean urine and will likely fail a piss test to get a low-paying job, and a local waiter was made to take a peaceful evening walk instead of getting baked and looking at the wildfire-tinged sunset.