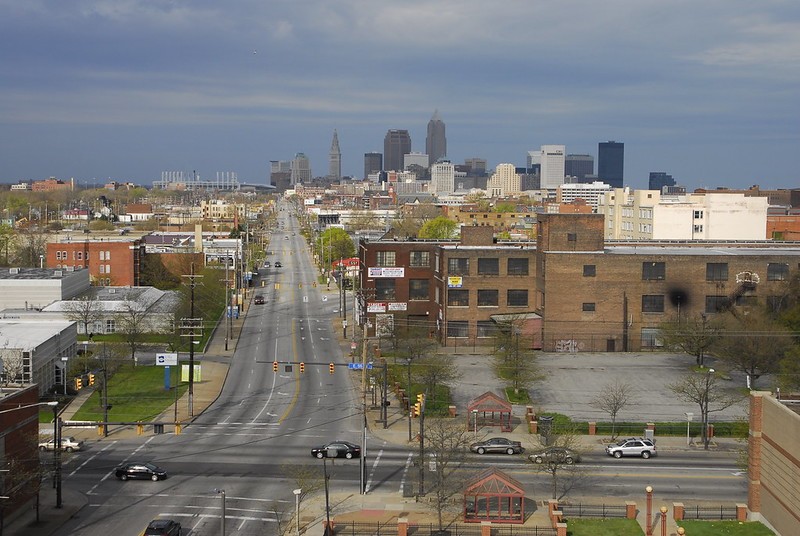 CLEVELAND, Ohio - Cleveland and Cincinnati may not share the same opinions on football or chili, but they do have one thing in common, and it's nothing to brag about - they're both among the poorest cities in the United States.

New Census data released yesterday reveals Ohio is the only state to have two large cities ranked among the top 10 most impoverished. Emily Campbell - associate director of The Center for Community Solutions - said Cincinnati ranks sixth, and Cleveland takes the Number One spot.

"For a number of years - really ever since we've been looking at this data - Detroit was always the worst and Cleveland was Number Two," said Campbell. "But what it looks like is that, in 2019, things got better across the country, including in Cleveland - but Cleveland did not improve as quickly as other places."

Cleveland's poverty rate actually improved slightly, from 33.1% in 2018 to 30.8% in 2019. Campbell said she believes an increasing share of older adults living in poverty drove the ranking change in Cleveland.

The U.S. Census Bureau defines living in poverty as earning less than $21,330 dollars a year for a family of three, and Campbell explained the state's overall poverty rate is 13%.

"There are lots of people that live in other parts of Ohio that are also living in poverty and facing challenges," said Campbell. "So, the data is really about the amount of money that people are able to earn - the quality of jobs, employment, and making sure that families have enough to make ends meet."

She added there are fears about what's to come, since these figures were compiled before the pandemic. For example, twice as many people are unemployed in Cuyahoga County today as one year ago.