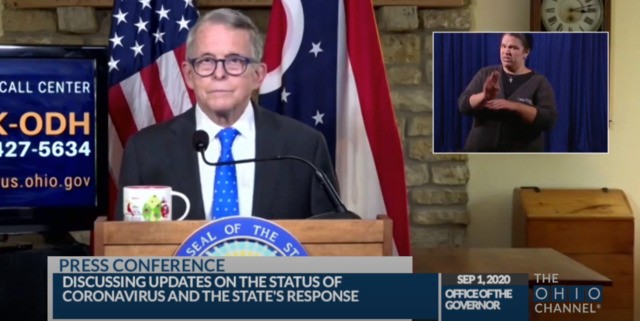 Ohio Medicaid, which provides health care to more than a quarter of the state’s population, is poised to take a big step in a major overhaul of the program.

Gov. Mike DeWine on Tuesday said that on Wednesday a request for applications will hit the streets seeking pitches from companies to manage the care of more than 90% of Ohio Medicaid recipients.

“This is the first major overhaul of Medicaid in 15 years,” DeWine said.

That might be overstated. In 2013, under former Gov. John Kasich, Ohio greatly expanded the Medicaid rolls under the Affordable Care Act. It was one of several big changes to Medicaid over the years.

At present, five care organizations manage the bulk of the $27 billion Ohio Medicaid spends annually. But DeWine said state officials have been in the field for months, meeting with patients, providers such as doctors, dentists and pharmacists, as well as the companies that manage the care plans.

“From these conversations and this process, we have developed a new plan, a new vision, for Ohio’s Medicaid program, one that focuses on people and not just on the business of managed care,” he said. “A vision of what we hope will be a better, healthier, more productive state of Ohio.”

The governor said Medicaid will also restructure its programs for children with serious behavioral health problems.

The reforms are ambitious and they were praised by some policy experts as long overdue.

“Frankly, I’m happy to see (this) move forward,” tweeted Loren Anthes, who leads the Cleveland-based Center for Community Solutions’ Center for Medicaid Policy. “It’s been long overdue need for the state to revisit these valuable contracts. Devil’s in the details, but we could be doing a lot better than we are. I can’t wait to review the proposal.”

However, some others have questioned whether the Medicaid’s leadership has the bandwidth to complete the overhaul by next summer, when it’s supposed to be complete. Not only is the state in the midst of a historic pandemic, the department has failed to meet important deadlines to disburse supplemental payments to pharmacists and to create a single pharmacy benefit manager.

DeWine said the overhaul would not disrupt anybody’s care, but in June, an architect of Ohio’s Medicaid expansion warned that if the overhaul misfires, the human toll will be high.

“Going through a procurement under these circumstances has the potential to disrupt services for about 90% of the Medicaid population,” said Greg Moody, who was director of health transformation under Kasich and is now Executive-in-Residence at the John Glenn College of Public Affairs at Ohio State.

There is also a question of whether Ohio’s Medicaid population will be slashed even before the overhaul, which is meant to boost the health and productivity of struggling Ohioans.

The Affordable Care Act, also known as Obamacare, expanded Medicaid eligibility for states that opted in to people earning up to 138% of the federal poverty level. For an individual, that’s $35,000. For a family of four it’s $72,000 a year. More than half-a-million Ohioans received health care under the ACA expansion earlier this year.

But it’s unclear how long the Affordable Care Act — and the Medicaid expansion it created — will survive.

The U.S. Supreme Court on Nov. 10 will hear oral arguments about its constitutionality. Also, President Donald Trump, who wants to overturn the health law, on Saturday nominated to the high court Judge Amy Coney Barrett, who has herself criticized earlier Supreme Court decisions upholding Obamacare.

In his press conference Tuesday, DeWine praised Barrett’s selection, but he didn’t discuss whether he wanted to get rid of the care act, which, among other things, requires insurers to cover people without regard to whether they have preexisting health conditions.

This story was originally published in the Ohio Capital Journal. Republished here with permission.