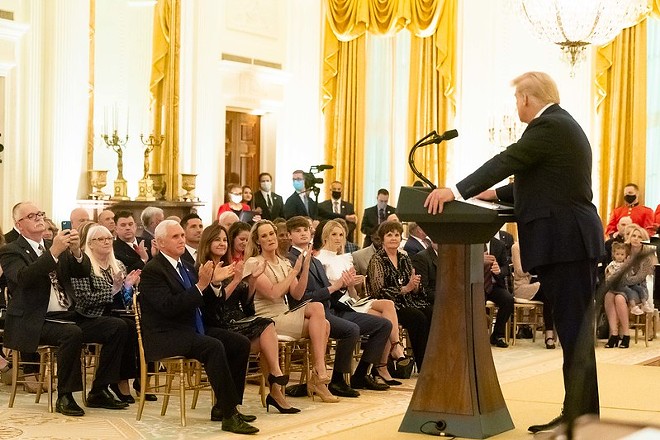 Please know this headline isn’t meant to incite. It’s merely a statement of statistical fact. By age grouping, Millennials and Gen Z now compose the largest voting bloc in America. The country is yours for the taking.

I understand your reluctance. It’s a bit like inheriting a crack house. We, the Boomers and Gen Xers, have left you a nation in ruin. You might say we were never big on that whole “consideration for others” thing.

We were left with a promising land. The World War II crowd – aka “The Greatest Generation” – made for America’s finest moment. It wasn’t perfect. In fact, it was still quite weird. But considering they fought through global war and depression, it was a stirring performance.

Then they retired to Sarasota. Boomers and Xers threw a kegger to celebrate our promotion. Fifty years on, the house is now splashed in blood and vomit. It must be rebuilt from the studs to make it livable again.

Gen Xers will try to avoid responsibility. “The Boomers started it!” they cry. But they are responsible for guys like Ted Cruz. There is no court — here or in the afterlife – that lets you skate on the crime of Ted Cruz.

Our crowning achievement was electing The Angry Creamsicle. With the nation lurching toward collapse, we hired a halfwit megalomaniac to save us. His idea was to set the house on fire, then tell you the flames would save on the heating bill.

At least Boomers now see the error of their judgment. After decades of buying Cheeto-like products, they’ve decided a crack house doesn’t make for comfortable living. Among voters 65-and-older, the Screaming Carrot is now losing by 21 points.

The same can be said for women – particularly white women. In 2016, a majority of the latter voted for a serial sex offender. They had no choice. His opponent had committed barbarous crimes involving… emails?

Four years later, they’ve changed their mind. Trump is now losing the female vote by nearly 30 percent. It’s the highest margin since the advent of polling.

The problem is white men. We’re what’s clinically referred to as “huge morons.” And since we are many, we represent a whole lotta stupid.

For years our goal has been to destroy the country, then pretend it’s someone else’s fault. You may have seen us sputtering our support for Pumpkin Spice in the news. The words “tough,” “speaks his mind,” “doesn’t care about your feelings” are a recurring motif. In other words, we cheer his achieving the basic attributes of a caveman.

Many of us were around When American Was Great. Back then, if Trump went to a bar behaving as he now does, there would be a line outside the door waiting to punch him out. Even at the fern bars. Unfortunately, our memory doesn’t stretch beyond what we had for lunch. A country club candy-ass now passes for a man.

Which brings us back to you, dearest Millennials. You have the power to rescue the country. Mitch McConnell? Lindsey Graham? That Third Reich Barbie who’s shrieking on your TV? You could do away with them in one fell swoop. But you suck at voting. Over the past 40 years, the 29-and-under crowd has broken the 50 percent mark just twice.

America may be a smoldering pile of debris. Yet there’s still an outside chance we could be something better. Maybe a little more equitable in race and income. A little friendlier to the sick and impoverished. A little less groveling toward those who’ve amassed so much.

You have the numbers to erect a sign on America’s door: “Sorry, we’re trying not to be such assholes anymore.” Could you at least think about it?