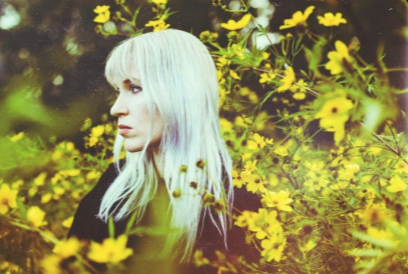 A coalition of the nation's top arts presenters have joined forces to create an upcoming concert to encourage voting in the upcoming election. More than 100 artists, public speakers and grassroots activists will participate in two nights of performances and inspirational messages that include at least one act from each state.

At 8 p.m. on Saturday and Sunday, the 50-50 All Souls to the Polls concert will be presented on several virtual online platforms (Twitch.tv, Facebook and YouTube). The event is presented free of charge, but donations will be collected during the event to support 501c4 efforts to generate a massive voter turnout.

Concert producers will provide local "get out the vote" information during the broadcast, and the concert will be interpreted by ASL and closed captioning services to amplify accessibility and participation. An international segment will feature citizens from countries outside the U.S. commenting about "why the U.S. election matters."

The concert is affiliated with the Progressive Leadership Initiative and produced by Marguerite Horberg, Bill Martinez, Alicia Zertuche, Raul Cuza and Melissa O'Brien. This same team produced the Concert for Cuba this past summer, and that program reached more than 15 million viewers around the globe.

"The 2020 election is the most important election in our nation's history since 1864, and people are facing unprecedented obstacles when they head to the polls," says organizer Marguerite Horberg in a press release. "With the future of our democracy at stake and so many new restrictions on voting, it is essential we inspire more people to get out and vote and make sure voters have the information they need to make their voices heard."

Fournier will perform "Dreams in a Day" from her latest EP, The Little Dreamer. She describes the tune as “an empowering song about how our dreams are what keep us going sometimes.”

“This event is important because it is artists coming together and using their voices to make a difference and encouraging others to do the same... not just going out to vote, but imagining a brighter future, recognizing our role in that, and holding on to a hope for it,” she says.

Those wishing to register for updated information can do so at Event Brite.