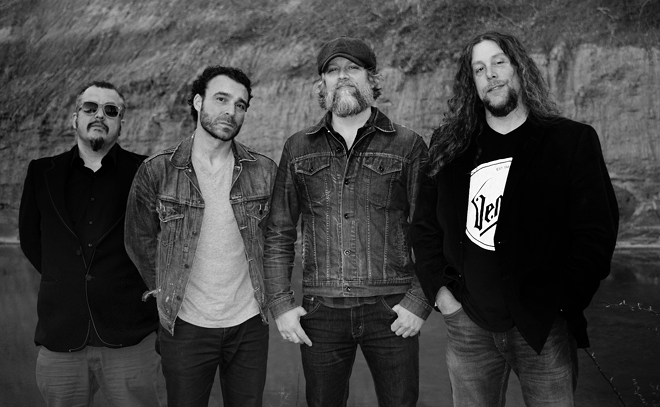 Local rockers Jack Fords dug into their archives to issue the previously unreleased tune “Gotta Get Together,” a hard-rocking garage-blues track they originally recorded in 2018 at Superior Sound Studios with locally based engineer Jim Stewart.

Singer-songwriter and guitarist Brent Kirby wrote the track about the deepening divisions he saw and felt in American society.

“It was simply something I started saying to myself and then became something I sang,” Kirby says in a press release about the track.

Bandmates Bobby Latina (guitar), Greg Campolieti (drums) and Edward Ángel Sotelo (bass) helped flesh out the song, which, as it’s put in a press release, "represents the true essence of the intense live approach that the Jack Fords are best known for."

"The song says everything that needs to be said about our current situation, both politically and as human beings," says drummer Greg Campolieti.

C-Notes Jack Fords "Gotta Get Together"