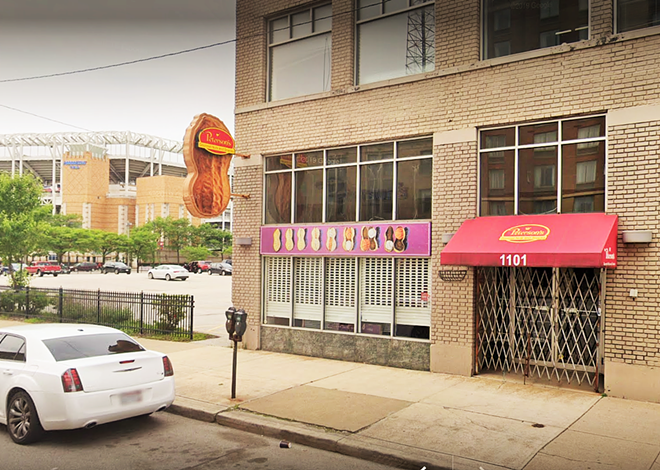 “I can say this with integrity: We are probably the largest coffee company in Cleveland that no one has ever heard of,” says Joe Deinhart of Solstice Roasters.

For 27 years, Deinhart has been sourcing, roasting and selling his proprietary coffee products at wholesale to higher-end restaurants, coffee shops and institutions. His client roster includes approximately 250 to 300 prominent names, such as Red the Steakhouse, Cleveland Browns training facility and the Cleveland Museum of Art.

Next up for Deinhart is a new roastery and café in the former Peterson Nut Co. space (1101 Carnegie Ave.) in the Gateway District. Already he has moved the roasting and distribution portion of his business from its longtime home on St. Clair to the building and before the end of the year he will open the retail side of things.

“Recently, I got a hair in my bonnet about starting retail as in a café because I’ve set up tons of different coffee shops through Ohio and beyond,” he explains. “I’ve always been behind the scenes, but it slowly occurred to me that it would be really good to take our products and offer them directly to customers so people know who we are.”

The cafe will have seating for about 20 in an environment that offers a view of the roasting process. In addition to sales and sipping, the space will be used for tastings, barista training and home-enthusiast roasting classes.

In addition to the coffee products, Solstice will carry Storehouse Tea products, ice teas, pastries and even some nuts.

“We’ll continue to sell Peterson Nuts at the café because it just seems like the right thing to do,” says Deinhart.

In the spring, Deinhart hopes to unveil sidewalk seating that might wrap around the building and improve the look of the area that sits adjacent to Progressive Field.

“That corner doesn’t look good right now and it really could and should,” he says. “Especially, if people are coming into Cleveland for the first time. We would love to get that cleaned up and use it.”