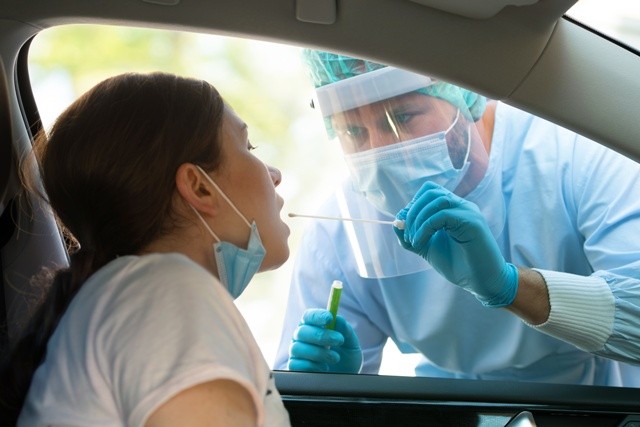 COLUMBUS, Ohio — COVID-19 cases are on the rise almost everywhere, but the share of new cases in rural Ohio counties is outpacing the new caseload in metro counties.

According to an analysis by The Daily Yonder, nearly 70% of the nation's more than 1,900 rural counties now are in the red zone, a term used by the White House Coronavirus Task Force to designate areas where the spread of the virus is out of control.

Tim Marema, editor of The Daily Yonder, said 62% of Ohio's 50 rural counties are now on that list.

"The surge in rural areas tells me there's really no place in America immune or protected from the virus," Marema stated. "Each community is at risk or will be at risk. It's just a matter of time."

Rural America had more than 82,000 new infections last week, which Marema said is a 16% increase and the fourth consecutive week of record-breaking levels of new cases.

The total number of rural residents who have tested positive for COVID-19 now tops one million.

Marema explained at the start of the pandemic, outbreaks of COVID-19 in rural areas were mostly linked to places where people are in close proximity, such as nursing homes and industrial plants.

He said rural cases surged in Ohio in mid- to late September.

"And after that point rural infections really took off," Marema reported. "In Ohio, currently we see that the rate of new infections is about 25% higher in rural areas than it is in metropolitan areas. "

Marema noted the surge in rural counties is not entirely avoidable, but it is controllable. He said steps such as wearing a mask, social distancing and limiting contact with large groups can slow the spread.

"The measures that we're able to take right now can go a long way in containing the virus, the health experts tell me," Marema added. "But they don't do any good if you don't practice them. It's not easy but it's not complicated."

Just 14% of the country's population lives in a rural county, where last week more than 21% of new cases originated.