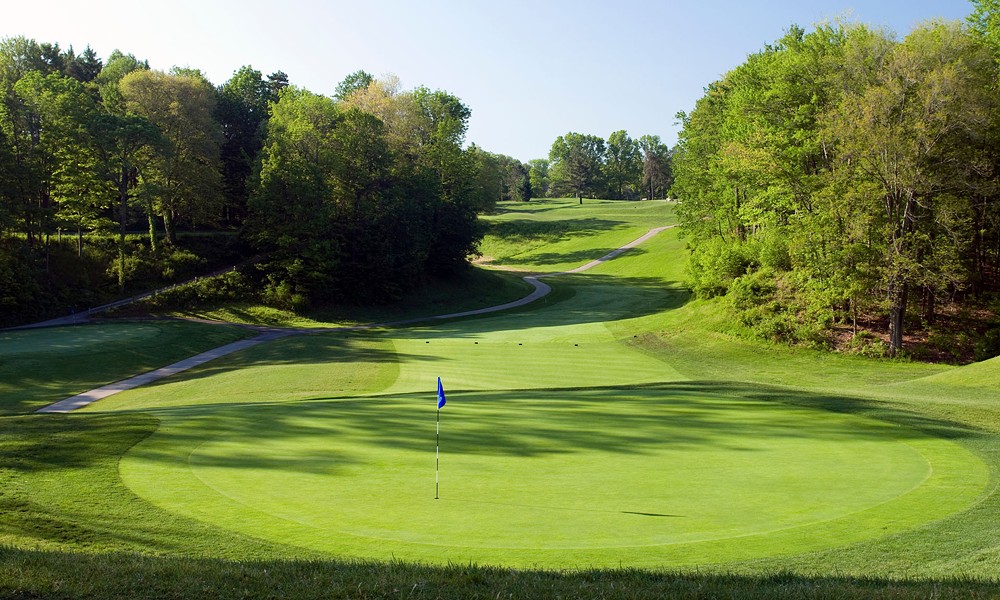 According to course numbers obtained by Scene through a public records request, the recently renovated Seneca in Broadview Heights saw nearly 70,000 rounds of golf by the end of September. Barring an enormous autumn rush, that'll be enough to overtake Big Met (56,963 rounds at the end of September) as the Metroparks' most popular course in 2020. Big Met had been home to the most rounds played in each of the previous four years.

As one of few socially distant activities with low to moderate risk, golf has soared in popularity nationwide during the Coronavirus pandemic. The rebound is striking, as golf had been on a steady decline since the Great Recession. Courses closed and the industry clutched its pearls as young adults drowning in student loan debt weren't buying county club memberships or carving out regular budget line-items for golf.

Coupled with its environmental impact — U.S. golf courses suck up more than 2 billion gallons of water per day for irrigation —the sport was taking on a negative reputation, regarded as an exclusive pastime of the leisure class.

But with increased downtime and less money spent on transportation and restaurants, people have returned to golf in droves.

The two courses with the biggest year-over-year growth in rounds played were Washington and Shawnee Hills (Par 3) — 96% and 81%, respectively. That likely denotes a rise in popularity among beginners and young players.

The Metroparks noted in response to questions from Scene that rounds had increased by more than 25% even with longer intervals between tee times to accommodate social distancing.

Financially, the golf courses are operated by the Metroparks as a self-supporting entity, meaning that earnings are tracked separate from other Metroparks revenues and are maintained independently for reinvestment back in golf operations.

Metroparks Director of Communications Jacqueline Gerling told Scene that if other areas of the parks were to require additional funding, earnings from golf could theoretically be reallocated, but that's a process that the parks have used "very infrequently" throughout their history.

See related PDF DOC_20201015093655.PDF ***
Sign up for Scene's weekly newsletters to get the latest on Cleveland news, things to do and places to eat delivered right to your inbox.